Sebi wonders why claimants don't want their money back from Sahara

According to the latest figures, Sebi has got Rs 11,272 crore inclusive of interest in its Sahara Refund Account while the money returned to investors is just around Rs 55 crore. 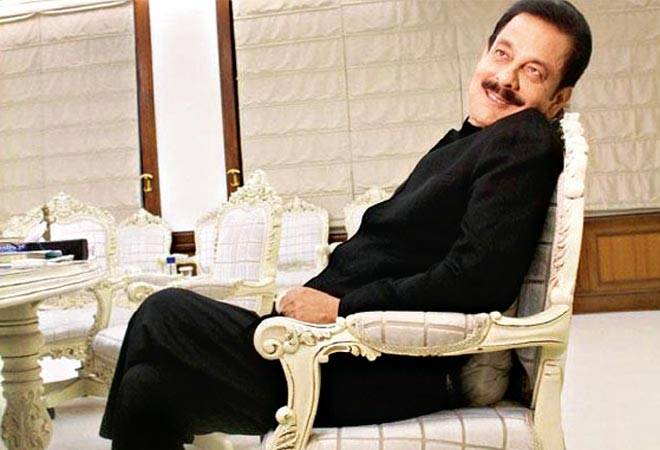 The Securities and Exchange Board of India (Sebi) is puzzled that not many claimants are coming forward to get back their money in the Sahara case, which had landed high-flying businessman Subrata Roy in Tihar Jail. There is a huge element of money laundering in illegal public deposit schemes across the country, a senior Sebi official said on Thursday

"So far as Sahara is concerned, we have a decent amount of money but not many claimants. That is a question mark as to why there are no claimants despite the fact that we have made multiple advertisements seeking applications to pay the money," Sebi wholetime member S. Raman told the media here.

According to the latest figures, Sebi has got Rs 11,272 crore inclusive of interest in its Sahara Refund Account while the money returned to investors is just around Rs 55 crore.

On the sidelines of the launch of a website under the State Level Coordination Committees scheme to tackle the menace of illegal money pooling activities, Raman said that there is a huge element of money laundering in such schemes. "Because of this, the ministry of finance's directorate of enforcement has also been made a part of the state-level coordination panels, which began working in 2014." Raman pointed out that in the Sahara case, Sebi was given truckloads of documents not connected to one another and undertook the gargantuan task of sifting through those, which has not been done by any regulator in the world. "Our entire endeavour is to distribute as much money as possible," he added.

Sahara is engaged in a dispute with Sebi over schemes involving raising of funds from the public through certain bonds and the Group was asked to return thousands of crores along with interest to the investors through the regulator. The Group claims to have already refunded 95 per cent of the money directly to the investors.

Mentioning another high-profile case involving Pearl Group entity PACL, which was asked by Sebi to refund more than Rs 50,000 crore collected from investors, Raman said that the recently constituted committee under the chairmanship of former Chief Justice of India R.M. Lodha is trying to collect details of properties owned by the Group. He, however, sought to clarify that in PACL, the watchdog had been proactive in barring the company from collecting funds as far back in 1996, but the company got a relief in its favour from a High Court. Sebi successfully challenged the order in the apex court, but an order from the Supreme Court came only in 2012 by which time it had raised the money.

Winners and losers from passage of GST Bill