Shapoor Mistry, chairman of the $ 2.5- billion Shapoorji Pallonji Group, has embarked on a restructuring of the Group's infrastructure businesses. In the past six months, 50- year- old Shapoor has spearheaded mergers in two Group companies. 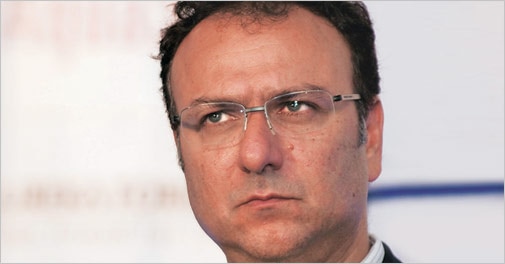 Shapoor Mistry, chairman of the $ 2.5-billion Shapoorji Pallonji Group and elder brother of Tata Sons chairman Cyrus Mistry, has embarked on a restructuring of the Group's infrastructure businesses.

In the past six months, 50-year-old Shapoor has spearheaded mergers in two Group companies.

Shapoor has been managing the Group ever since Cyrus moved to the Tata Group more than a year ago. The brothers were jointly managing the 149-year-old Group holding firm Shapoorji Pallonji & Company.

Cyrus was instrumental in moving the Group higher on the construction value chain- from being just a contractor to a company undertaking engineering, procurement and construction for complex infrastructure projects. After Cyrus' exit, the Group's patriarch, 84-year-old Pallonji Mistry, handed the baton to Shapoor.

These companies have dozens of subsidiaries in India and overseas.

There could be more consolidation of subsidiaries in coming months, the executive said.

Some analysts view the consolidation in the infrastructure business as a precursor to entering the capital market. In fact, Afcons had filed documents for an initial public offering in 2007 but didn't go through with it. The Shapoorji Pallonji & Company is known for constructing some landmark buildings like the Reserve Bank of India and HSBC headquarters in Mumbai. The value of the Group's in various companies runs close to $ 10 billion, which includes the value of the 18.4- per cent stake in Tata Sons.