The acquisition is part of Snapdeal's strategy to expand its footprint-its promoter Kunal Bahl calls it increasing 'liquidity' for buyers. 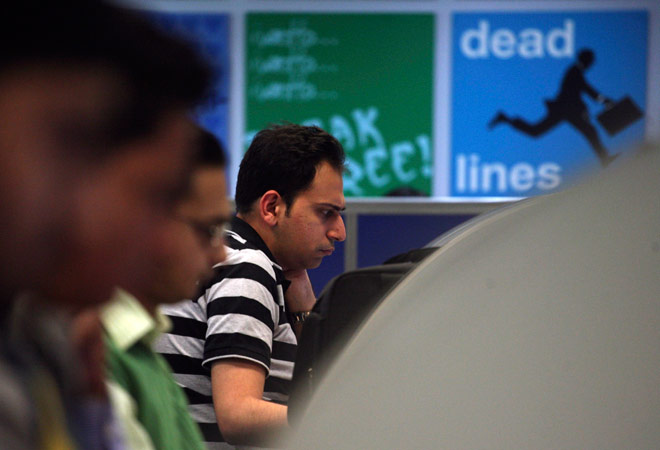 Founded in 2011 by Tejasvi Mohanram, RupeePower has helped disburse credit worth Rs 1,500 crore through its platform. It has partnered with some of the major banks including State Bank of India, ICICI Bank and Standard Chartered Bank. Snapdeal, which claims to own about a third of the Indian e-commerce market, will be a majority shareholder in the company.

The acquisition is part of Snapdeal's strategy to expand its footprint-its founder Kunal Bahl calls it increasing 'liquidity' for buyers.

"We want to create the largest financial marketplace in India," said Bahl.

The association with RupeePower will help in faster disbursal of loans to buyers. Snapdeal will leverage all the buyer's data available with the startup it and combine it information from sources like CIBIL for faster checks on credit worthiness.

Snapdeal has already been working with CapitalAssist-its new initiative-for a few months now to provide loans to sellers on the platform.

The company says it will soon touch the figure of $10 million worth of loans to sellers. The acquisition of RupeePower will allow the company to extend loans for buying products on the platform that can be priced anywhere between Rs. 30,000 to Rs 3 crore.

The move is well calibrated because, of all the products and services available online, financial services has been a laggard but it is a huge untapped opportunity. Online financial services will be a $30 million market by 2020, according to one estimate.

Snapdeal is on the prowl for more acquisitions to create strengths in multiple categories.

"I don't think we can have equal strengths in every category through a single monolithic platform," says Bahl.

He believes that, for a fast growing business like ecommerce, once they come out with something new, the competitive advantage is lost very fast. So acquiring new companies and building long term strategic capabilities is the only way forward.

Bahl said the company is strongly focused on developing its long-term capabilities in areas like logistics, delivery, etc.

The company's recent investment in logistics company GoJavas was a step in this direction. "We will soon announce more long term capabilities," said Bahl.

Snapdeal currently works with about 100,000 sellers on the platform. It aims to work with about a million sellers in the next three years. Snapdeal today covers 28,500 pin codes, working closely with India Post among others. It is also planning to set up more fulfillment centres across the country, since shipments through them  are faster.

"We are extremely well capitalized. We are not in the business of simply raising money and spending it. We are thoughtful about spending money. Raising money can become a fulltime job but we are now concentrating on building the business," said Bahl on further fund raising prospects by the company.

One third of Snapdeal's non-operations team constitutes engineering talent. The company says it is busy ramping up its engineering team.

"We are well capitalized for over two years and we haven't  even touched the capital raised from SoftBank yet. We have stopped taking investor meetings for now," he said.

Japanese telecom and media group SoftBank Corp had bought a $627 million stake in the company in October.

On questions of achieving profitability, Shah said : "Every year we seen to get a clearer idea of when would be turn profitable. In about a year's time we expect to get a very clear view on approaching profitability."

Flipkart in talks to raise around Rs 3,750 cr