The agreement under Make in India bid may invite dissent from Trump government that has been pushing its own America First campaign. 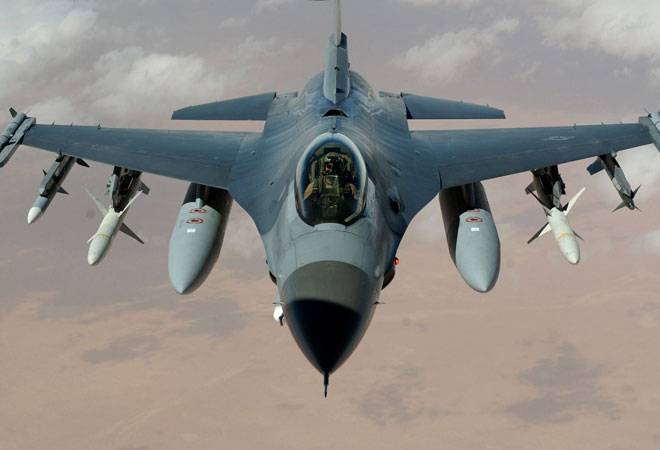 Defence and aerospace company Lockheed Martin signed an agreement with Tata Advanced Systems on Monday to manufacture F-16 fighter planes in India. This will be give impetus to the US-based company to move their manufacturing unit in Fort Worth, Texas in a bid to win orders worth billions of dollars from the Indian Air Force.

Both parties signed the pact at Paris Air Show to produce F-16 Block 70 fighter jets in India as part of the Make in India initiative. India is planning to replace its Soviet-era fleet of planes but Modi government has stipulated that foreign manufacturers will have to make planes in India with a local partner to help build a domestic base and reduce outright imports.

"F-16 production in India supports thousands of Lockheed Martin and F-16 supplier jobs in the US, creates new manufacturing jobs in India, and positions the Indian industry at the centre of the most extensive fighter aircraft supply ecosystem in the world," said a joint statement from both companies.

With Lockheed moving its manufacturing plant here, India can export F-16 planes that are flown by air forces around the world, the joint statement said.

"This unprecedented F-16 production partnership between the world's largest defence contractor and India's premier industrial house provides India with the opportunity to produce, operate and export F-16 Block 70 aircraft, the newest and most advanced version of the world's most successful, combat-proven multi-role fighter," the statement said.

However, with inviting companies under its Make in India bid, Modi government runs a risk of being in conflict with Donald Trump's America First campaign. The US President has been urging companies to set up industries in the United States and create jobs in the country.

(With input from Reuters)