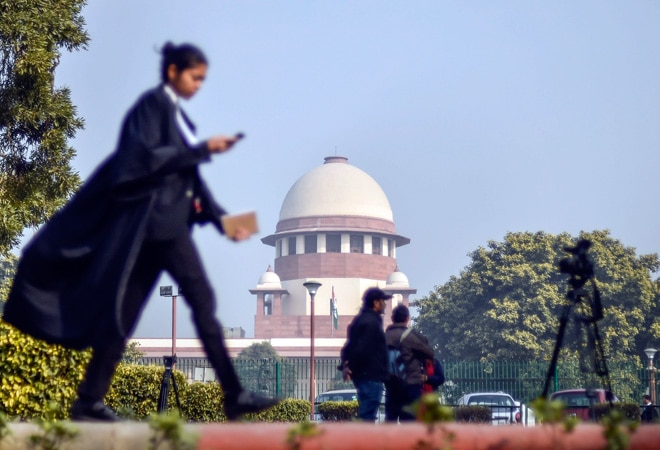 The Supreme Court (SC) will reportedly hear the final arguments on cross appeals filed in the case of alleged mismanagement and oppression of minority shareholders at Tata Sons Ltd. on December 8. The apex court had deferred the hearing in the matter on Wednesday as parties to the case filed new applications.

The matter will be the only case to be heard on December 8. Senior advocate Harsh Salve will open the arguments.

On the day of hearing, the SC bench led by Chief Justice of India SA Bobde will hear a plea by two investment firms - Cyrus Investments and Sterling Investment - for separation from Tata Sons as part of additional relief in its minority oppression case.

The apex court is also expected to take up Shapoorji Pallonji Group's (SP Group) proposal to settle the dispute.

In its petition to the Supreme Court, Shapoorji Pallonji (SP) family on October 29 had submitted to end its seven-decade-old ties with the Tata Group. It proposed that its share of the Tata brand and of unlisted group companies be settled in cash or in marketable securities. The SP Group has quoted Rs 1.75 lakh crore as the value of their 18.37 per cent stake in Tata Sons. However, the Tata Group has disputed this valuation.

As a non-cash settlement, the SP Group can be given pro-rata shares in listed entities of the Tata Group, where Tata Sons currently owns a stake, they said. For example, 72 per cent of Tata Consultancy Services Ltd. (TCS) is owned by Tata Sons.

The SP Group's holding in Tata Sons translates to 13.22 per cent of TCS at current market prices, the SP Group has said.

In unlisted companies, the group wants an agreement on valuation with the Tata Group with settlement for its 18.37 per cent stake in Tata Sons done in cash or marketable securities. Similarly, a pro-rata share of the Tata brand value can be settled in cash or in listed securities, the group has said.