Tata Steel's strategic priorities going forward will be to focus on India while pursuing pension restructuring programme in the UK, which it is hopeful of concluding soon, according to company Chairman N Chandrasekaran. 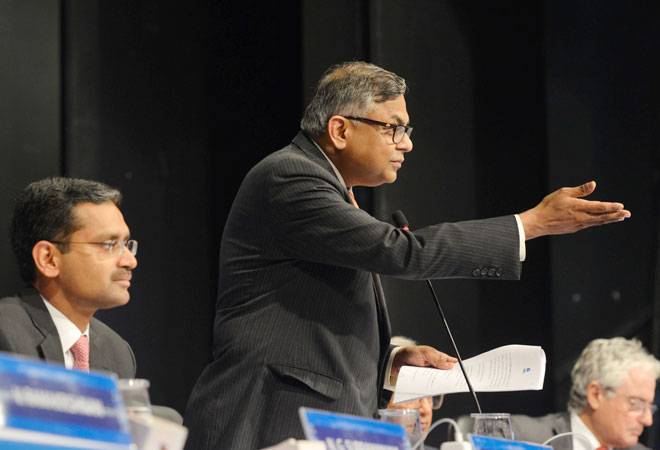 Tata Steel's strategic priorities going forward will be to focus on India while pursuing pension restructuring programme in the UK, which it is hopeful of concluding soon, according to company Chairman N Chandrasekaran.

Steel demand in India will witness significant growth in future considering the current stage of development of the country's economy and its expected growth path in the next decade, he said in his address to shareholder in the company's Annual Report for 2016-17.

"While the steel sector in India is financially stressed currently, the government of India has outlined its intent for ensuring long-term viability of the sector through the recently announced National Steel Policy 2017," he added.

Chandrasekaran, who took over as the Chairman of the company in February, said Tata Steel had a consolidated profit after tax before exceptional items of Rs 4,020 crore in 2016- 17 compared to a loss of Rs 1,948 crore in the previous year.

This was on the back of improved realisations across geographies, ramping up of capacity in Kalinganagar and restructuring initiatives in Europe, he added.

Outlining the future path of the company, Chandrasekaran said: "Going forward, Tata Steel s strategic priorities will be to focus on the Indian market, achieving operational excellence and deliver value-added and differentiated products to its customers."

Additionally, Tata Steel Europe is currently pursuing the pension restructuring programme in the UK and is hopeful of concluding it soon, he added.

The UK government is reportedly considering a law change to plug a loophole in its pension laws to help Tata Steel save jobs at its Port Talbot plant in South Wales.

Tata Steel has been seeking ways to reduce financial burden of the 15-billion-pound pension scheme for its British steel business, which is central to a plan to save Port Talbot and keep it open, conceived last year by interim chairman Ratan Tata.

In March last year, Tata Steel had announced plans to sell its UK business as the company battled to control its "deteriorating financial performance".

In February, the company had inked a pact to sell its Specialty Steel business that employs 1,700 people to Liberty House Group for 100 million pound (about Rs 840 crore).

Commenting on situation of the global steel industry, Chandrasekaran said it continued to witness challenging times though the performance of the industry has been better in the 2016-17 with improved realisations and a more disciplined supply side response.

Citing World Steel Association, he said global steel output would be tapering in the next year and the slowdown was expected to continue through 2035 "as countries around the world start to rein in output while demand retreats".