TCS CEO and MD Rajesh Gopinathan said that the company signed its first over USD 50 million deal in 'Digital' this quarter, "crossing an important milestone in the mainstreaming of Digital technologies". 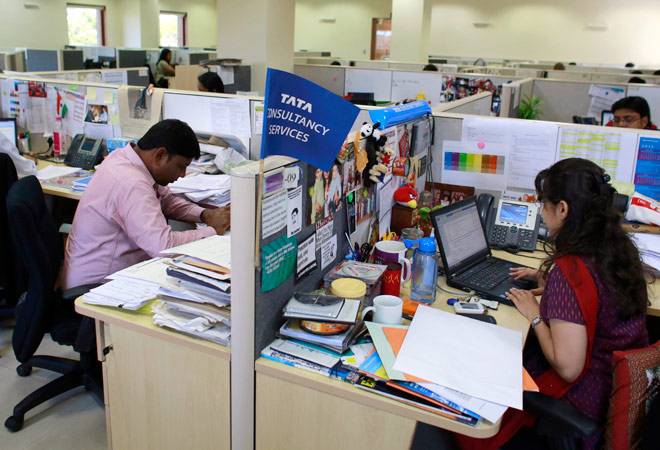 Tata Consultancy Services (TCS) became the first IT firm to declare results for the seasonally tepid December quarter. India's biggest software exporter saw its net profit fall 3.6 per cent year-on-year to Rs 6,531 crore in the quarter that ended on December 31, 2017, the company said in a stock exchange filing.

The company posted 3.9 per cent growth in income from operations during the quarter at Rs 30,904 crore, as opposed to the Rs 29,735 crore in the year-ago period, as per Indian Accounting Standard (Ind-AS). TCS has declared a dividend of Rs 7 per share, while earning per share was at Rs 34.12.

The software arm of salt-to-software conglomerate Tata Group said revenue growth from all segments was above 9.5 percent, barring retail and the banking, financial services and insurance sector (BFSI), its largest.

"We wrapped 2017 with a strong performance in the December quarter, marked by the signing of industry-defining deals, robust client metrics and broad-based demand across industry verticals. As lagging parts of our portfolio turn around, and areas of softness reduce, we are well placed for stronger growth ahead," said TCS CEO and MD Rajesh Gopinathan.

He added that the company signed its first over USD 50 million deal in 'Digital' this quarter, "crossing an important milestone in the mainstreaming of Digital technologies".

"We had a very good quarter marked by excellent operating metrics all across. New deal ramp-ups, increasing traction in Digital, robust demand pick up in Retail and continuing momentum in most of our industry verticals gave us strong volume growth in a seasonally weak quarter. Our reputation for superior execution, combined with our platform capability, positions us well to close mega deals," TCS COO and Executive Director N Ganapathy Subramaniam said.

TCS' digital revenue saw an increase of about 40 per cent year-on-year and accounted for 22.1 per cent of the company's revenues. During the quarter, TCS saw its IT attrition rate (LTM) coming down 0.2 per cent sequentially to 11.1 per cent. It added 12,534 employees (gross) in the December 2017 quarter, taking its total headcount to 3,90,880 people.