TCS to hire 25,000 via campus placement by February

The new recruits are expected to come on board by July. The salary levels for trainees would be Rs 3.15-3.25 lakh per annum . 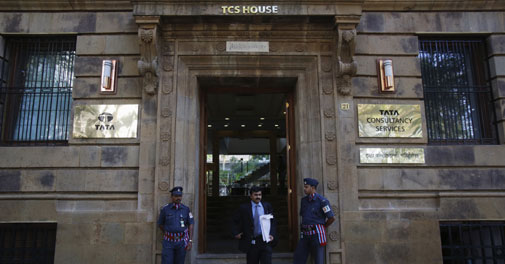 "As far as our trainee or campus hiring is concerned you are aware that we do it from seventh semester onwards, and we have started that exercise- we have said that we will be giving offers to 25,000 people/ students, the process is already on," TCS EVP and global head, Human Resources Ajoy Mukherjee said.

"We will be completing that exercise in January or early February, at this stage we are going to various institutes and doing our campus hiring," he added.

The new recruits are expected to join the company by July

"As far as this year is concerned- initially when we started with we said we will be doing with 45,000 as the total hiring which includes trainees.... then we revised and said that we will do 5,000 more- so totally we said that we will be 50,000, that's what we did at the end of the last quarter," the IT firm's HR head said.

"As far as hiring target is concerned it is 50,000 and we are pretty much on track as far as that number goes and we will do the review again to see that we should increase it or not," he added.

Stating that off campus placement would be primarily for freshers, Mr Mukherjee said, "....given the environment today where the number of organisations that are visiting various campuses have come down, and the offers are not too many- so can we look at a way where in if we are not visiting but there can be bright candidates who have not got an opportunity. That is what we are looking at."

"....looking at current environment and everything else I think we will be doing part of our student recruitment through off campus," he said, without divulging any further detail.

Reacting to some companies deferring campus hiring, he said "from TCS perspective we have never deferred anything, if an appointment is given, they are for the financial year and they join in the financial year."

Stating that salary levels for trainees joining would be Rs 3.15-3.25 lakh per annum, he said "there are others- if I do hiring for CTO (chief technology officer) labs, there the offer is much higher."

Replying to a question on salary for campus hires being stagnant, he said, "Probably for last four years, it has remained there, it is something we are looking at but at the same time- it is at the bottom of the pyramid, the moment you touch it then we are changing the employee cost throughout the pyramid."

"....at this stage I don't see any pressure from any angle, but we have inflation- by looking at inflation and everything else it is becoming slightly more difficult for trainees at this point in time. But that is something we are aware of. At this stage I'm not considering any hike or increase," he said.

On attrition, Mr Mukherjee said, "....attrition for us is now lower, in fact we have probably the highest retention as far as the industry is concerned, one of the reasons is of course the whole market is subdued to certain extent, demand is low. There is slight increase in (attrition) from last quarter to this quarter but that is seasonal because this is the time when people go for higher studies," he added.

Microsoft to take over Nokia's headquarters by March