Some 1.05 million vehicles will be recalled by the company in Japan and around 615,000 vehicles overseas. 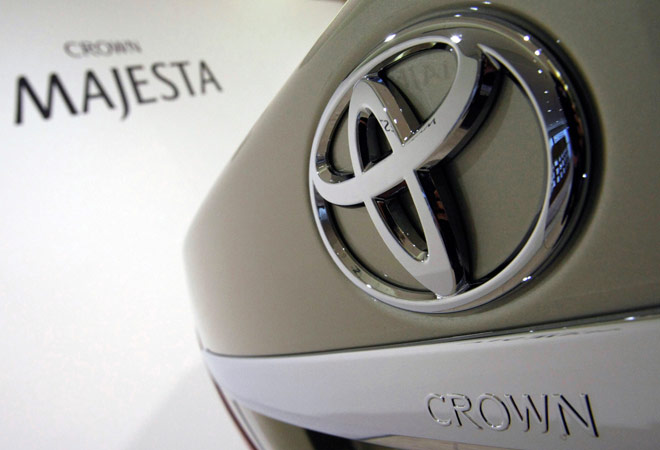 About 802,000 Crown Majesta, Crown, Noah and Voxy models manufactured between June 2007 and June 2012 will be called back (Photo: Reuters)

Toyota Motor Corp said on Wednesday it would recall a total 1.67 million vehicles globally in a voluntary move to address three separate defects including a faulty brake master cylinder that could hinder the brake's performance.

Toyota said in an email it was not aware of any crashes, injuries or deaths resulting from the defects. Some 1.05 million vehicles will be recalled in Japan and 615,000 overseas.

About 802,000 Crown Majesta, Crown, Noah and Voxy models manufactured between June 2007 and June 2012 will be called back to replace a rubber seal ring in the brake master cylinder to prevent brake fluid from leaking. If brake fluid has already leaked, the brake booster will be replaced.

Car makers have faced heightened global scrutiny on how quickly they share information with regulators and the public since a massive recall crisis in 2009 battered Toyota's reputation and sales. Most vehicle recalls are issued on a voluntary rather than mandatory basis.

A second recall of about 759,000 vehicles globally, including 423,000 in the United States, will fix faulty fuel delivery pipes that could, in the worst-case scenario, cause a fire through a fuel leak. Some of these vehicles are also subject to the first recall.

Toyota will also recall 190,000 front-wheel drive Corolla Rumion and Auris models in Japan, built between October 2006 and October 2014 that are not equipped with an idling feature to fix a defective fuel evaporative emission control unit.

Shares of the car maker closed 0.2 per cent higher in Tokyo at 5,990 yen after the recalls were announced, while the exchange's Topix index gained 0.8 per cent.