On a consolidated basis, the automaker's net profit rose 85 per cent year-on-year to Rs 290 crore during the December quarter. 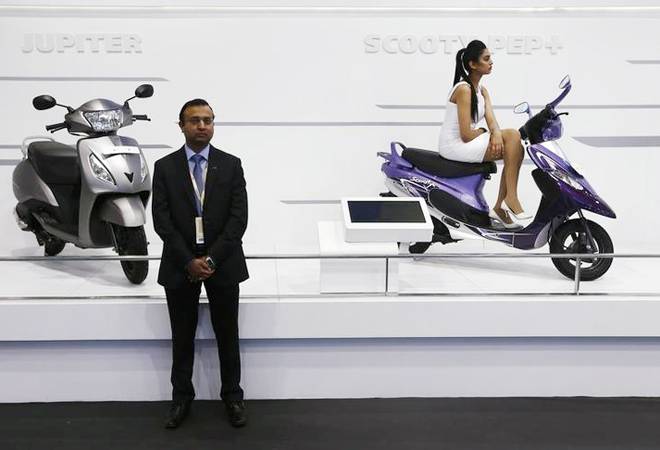 TVS Motor's two-wheeler sales grew 21 per cent in domestic market and by 31 per cent in international market.

TVS Motor Company on Thursday reported its highest ever net profit at Rs 266 crore during the October-December quarter of the ongoing financial year on strong growth in two-wheeler sales.

The net profit more than doubled from Rs 121 crore reported in the corresponding quarter of previous year. "The third quarter results of last year had a one-time reversal of exceptional item of Rs 76 crore," TVS Motor said in a release.

On a consolidated basis, the automaker's net profit rose 85 per cent year-on-year to Rs 290 crore during the December quarter.

The standalone revenue rose 31 per cent to a record 5,404 crore.

"During Q3 2020, two-wheelers sales in domestic market have grown by 21 per cent and international market by 31 per cent ahead of industry growth of 13 per cent and 20 per cent, respectively," it said. Overall, the company's two-wheeler sales rose 23 per cent to 9.52 lakh units. Exports increased to 2.61 lakh units from 2.17 lakh units in the year-ago quarter.

However, total three-wheeler sales declined 21 per cent to 38,000 units during October-December 2020.

For April-December period, the company's net profit declined 38 per cent year-on-year to Rs 323 crore. Revenue also declined over 11 per cent to Rs 11,455 crore.

The company attributed the decline in net profit and revenue to the loss incurred in April-June due to all India shut down because of COVID-19 pandemic. "However, we are glad to report near normalcy from Q2 onwards." it said.