The move piles pressure on Vijay Mallya who is also being pursued by domestic banks for not meeting loan-repayment obligations linked to his Kingfisher Airlines. 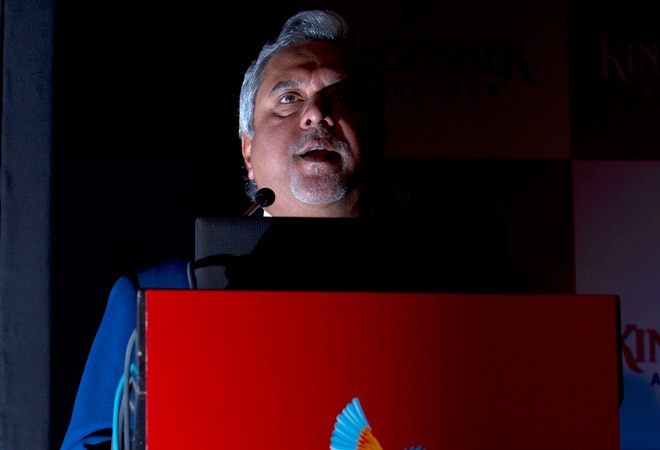 The country has been alarmed by the rise in bad loans, particularly at the state lenders that dominate the banking system, and is cracking down on so-called wilful defaulters.

The Reserve Bank of India (RBI) defines a wilful defaulter as a borrower that is able but unwilling to pay, has diverted loan proceeds for other than their initially stated use, or has overstated profits to obtain a loan.

UBI is proceeding against UBHL as it was a guarantor to the loan to Kingfisher Airlines, a senior bank official said on Wednesday, adding that the bank's loan exposure to the private carrier was more than Rs 400 crore.

The move piles pressure on Mallya, one of the country's most-prominent businessmen, who is also being pursued by other domestic banks for not meeting loan-repayment obligations linked to his Kingfisher Airlines.

A wilful defaulter tag may hurt a company's fund-raising prospects and lead to the dismissal of its executives.

Kingfisher has not flown for over two years and it owes more than US $1 billion to a consortium of banks, mostly state-owned lenders.

In a major blow to liquor baron Mallya, the government rejected his re-appointment as managing director of Kingfisher, the company said on Monday.

The airline had secured a stay order from a regional court against United Bank's earlier move declaring it and its directors as wilful defaulters. That case is ongoing.

"We analysed their balance sheet and found that in 2013-14 they had surplus money... Which they could have used to pay our loan," said Deepak Narang, an executive director at United Bank, on the move to identify UBHL as a wilful defaulter. Narang was referring to the previous financial year ended March 31, 2014.

Self-proclaimed 'King of Good Times' Mallya, chairman of the UB Group and known for his flamboyant lifestyle, was not immediately available for a comment.

Mallya gave up his board position at Mangalore Chemicals and Fertilisers Ltd (MCFL), a group company, the company said this week without citing any reason.

Govt likely to put ban on single smokes on hold