Wistron's smooth working is key to Apple's ambitions in India as it gradually moves production to markets beyond China, navigating the trade war between Washington and Beijing and the coronavirus pandemic 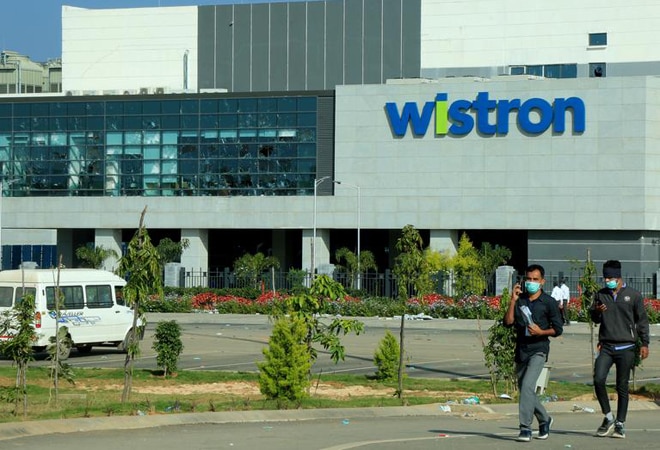 Wistron is searching for a new India head, but has yet to make a final decision, the industry source said

Wistron Corp, the Taiwanese assembler of Apple Inc's iPhones, has restructured its internal setup and management ranks in India, two sources said, after an investigation last year into violence at one of its plants.

Wistron's smooth working is key to Apple's ambitions in India as it gradually moves production to markets beyond China, navigating the trade war between Washington and Beijing and the coronavirus pandemic.

The firm has curtailed the roles of its India head and operations head, an industry source and a government official told Reuters, but declined to be identified as the matter was private.

"This is Wistron signalling to investors, to clients, to India that it has moved beyond the shadow of the December incident, and is ready for new business," the industry source said.

Some internal reporting structures would also change as part of the rejig the industry source added, without giving specifics.

The move comes after a rampage in December by thousands of Wistron's contract workers, angered over payment delays and incorrect pay deductions, who destroyed equipment and vehicles at its Narsapura plant in southern Karnataka state, causing millions of dollars of damage and forcing an extended shutdown.

Apple put Wistron on probation after its audit showed the contract manufacturer had violated a supplier code of conduct. Wistron also admitted some workers had not been paid properly or on time, and removed a top executive.

The government source said that as part of the shake-up, Sudipto Gupta, the firm's former managing director in India, was moving to a business development role.

Wistron is searching for a new India head, but has yet to make a final decision, the industry source said, adding that its former head of operations had also been moved to a less critical role.

In February, Apple said Wistron had begun restarting operations at the violence-hit site and it was working with the Taiwan firm to ensure all necessary systems were in place.

About 7,000 workers are now assembling iPhones at the plant and shipments have started, one of the sources said.

Apple's other key Taiwan-headquartered suppliers, Foxconn and Pegatron, also have a presence in India.

The three companies together have committed to invest a total of almost $900 million in India over five years to tap into a new production-linked incentive plan, Reuters has reported.

Wistron is also looking to expand into making Internet of Things (IoT) devices and servers, a third government source said.

That plan, which will help Wistron widen its India base beyond Apple, is likely to kick off over the course of the next year, the industry source said. (Reporting by Sankalp Phartiyal; Editing by Clarence Fernandez).

Will do 'everything possible' to prevent COVID spread ahead of Olympics: Japan PM