"We are looking to infuse a further $2.5 million into our operations in the Czech Republic and Slovakia over the next couple of years," Zomato Founder and CEO Deepinder Goyal said. 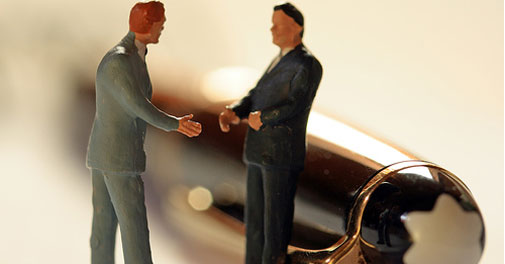 Zomato has acquired two popular restaurant guides - Czech Republic's Lunchtime.cz and Obedovat.sk of Slovakia - for a total of $3.25 million as part of its global expansion plans.

Commenting on the development, Zomato Founder and CEO Deepinder Goyal said: "Together Zomato, Lunchtime, and Obedovat will be able to build the largest resource of restaurant information in the Czech Republic and Slovakia."

Zomato looks forward to combining the best of both business models to build an integrated product which the users as well as restaurant businesses will love once it's rolled out over the next few months, he added.

"We are looking to infuse a further $2.5 million into our operations in the Czech Republic and Slovakia over the next couple of years," Goyal said.

The latest acquisitions are a strategic move to establish Zomato's presence in central and eastern Europe, the company said in a statement.

"We'll be able to combine our local expertise and focused product offering around lunch menus, with the technology and rich content platform that Zomato brings to the table," Lunchtime Founder and CEO Igor Treslin said.

Zomato said the two teams will be working closely with its own following the acquisition.

Started in 2008 by Deepinder Goyal and Pankaj Chaddah, Zomato provides information about over 2,50,000 restaurants across 15 countries.

Panel to probe alleged breach of green norms by Adani