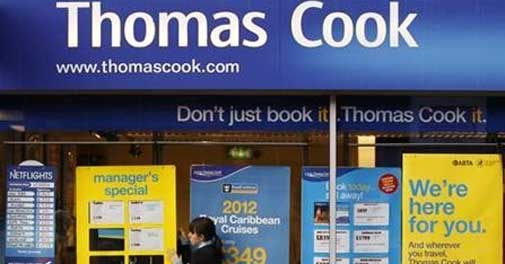 Approving the multi-structured deal, the fair trade regulator CCI said the deal is not likely to have an adverse impact on competition in the country.

Besides Sterling Holiday, with its residual business, would merge into Thomas Cook (India). In lieu, certain amount of shares of the travel firm would be issued to shareholders of Sterling Holiday, as per the ratio set out.

In an order dated March 5, the Competition Commission of India (CCI) said that "the proposed combination is not likely to have an appreciable adverse effect on competition in India"

It also observed that Thomas Cook (India) and Sterling Holiday were "not engaged in similar business".

Among others, CCI observed that "the business of hotel services across India is relatively fragmented and there are different channels for availing the hotel services along with the presence of large number of big players as well as intermediaries/agents".

The companies have entered into a subscription agreement whereby Thomas Cook Insurance would subscribe to nearly 2 crore shares (22.86 per cent stake) of Sterling Holiday pursuant to a preferential allotment.

Besides, the companies have entered into a 'share purchase agreement' with certain shareholders of Sterling Holiday wherein Thomas Cook Insurance would pick up 19.94 per cent holding in the resort.

Further, Thomas Cook (India) has made an open offer for acquiring additional 26 per cent under capital market norms since Sterling Holiday is a listed company.

According to information furnished to CCI, Thomas Cook Insurance picked up 9.93 per cent stake in Sterling Holiday, between February 10 and 12, through market purchases.

Both, the companies had entered into the deal early in February and had approached CCI seeking approval during the same month.