The fight was actually lost a week earlier after an angry stand-off on Sunday May 18 in which both sides blamed each other for closing down talks on a $118 billion offer that was "only" about $8 billion adrift from the price AstraZeneca wanted. 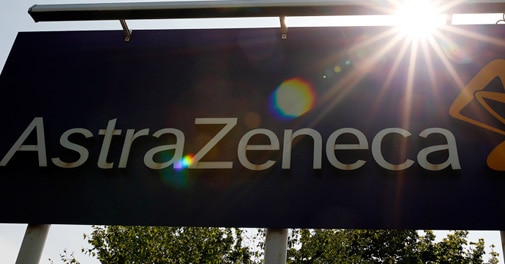 On a sunny day in San Francisco last January, AstraZeneca Chief Executive Pascal Soriot was on his way to the Westin St. Francis hotel on Union Square to give investors some unexpectedly good news.

After long refusing to put a date on when the British drugmaker's sales figures would pull out of a nosedive, Soriot surprised the market on Jan. 14 with a bold prediction that sales by 2017 would be back at 2013 levels.

What shareholders did not know at the time was that two days earlier AstraZeneca had written to US rival Pfizer rejecting its offer to buy the London-based group for close to $100 billion.

Shares rose on the 2017 sales forecast as investors looked forward to a time when AstraZeneca would finally put behind it a wave of patent expiries on its drugs. It was a defiant performance by Soriot - CEO for little over a year - whose long-term forecast suggested much of Wall Street had got his firm's valuation all wrong.

"Essentially we believe that we can return to growth faster than most people have been forecasting so far," he told the annual JP Morgan Healthcare Conference. "Our next step would be that, by 2020, we want to launch at least 10 new medicines."

The previous week in New York, Frenchman Soriot and Swedish Chairman Leif Johansson had met with Scottish-born Pfizer boss Ian Read and his New Jersey finance head Frank D'Amelio to discuss details of a possible deal in the neutral ground of the Pierre hotel overlooking a snowy Central Park.

Those talks in turn had been prefaced by an email and phone call from Read to Johansson proposing a merger on Nov 25.

So both sides had plenty of time to develop a war-game for what was always going to be a politically charged takeover fight, involving the biggest attempted foreign takeover of a British firm and the creation of the world's largest pharmaceuticals group - with a conveniently reduced tax bill.

Yet despite a horde of advisers, Pfizer walked away on May 26 empty-handed, exactly four weeks after going public with its bid interest.

The fight was actually lost a week earlier after an angry stand-off on Sunday May 18 in which both sides blamed each other for closing down talks on a $118 billion offer that was "only" about $8 billion adrift from the price AstraZeneca wanted.

UNFINISHED BUSINESS
This may not be the end, of course. Under UK takeover rules Pfizer is allowed to make a new approach in November, while AstraZeneca could invite Pfizer back into fresh talks on a new offer at the end of August, if the chorus from its shareholders demanding talks is loud enough.

It is a prospect some in the Pfizer camp are keen to talk up. "Most shareholders seem to think that this transaction is a good value-creating idea and that we are very close on price," said one person close to the US firm. "I'm still hopeful that by the end of the year we will see this combination happening."

A person familiar with the matter in the AstraZeneca camp also admitted: "It's still alive. There's still a lot of premium (in the share price)."

Whether Pfizer pounces again and AstraZeneca can escape once more depends on Soriot's ability to prove his firm's research labs have what it takes to deliver on his bold promises of growth by 2017 and a 75 percent increase in drug sales by 2023.

The first step in doing that involves Soriot climbing on yet another plane to America at the end of the week, this time to Chicago, where his team will showcase the latest clinical data on its cancer drugs at the May 30 to June 3 annual meeting of the American Society of Clinical Oncology (ASCO).

AstraZeneca has already reported some good clinical trial results for one new lung cancer drug, known as AZD9291, which will be presented to doctors in full at ASCO.

That leaves the biggest question-mark over MEDI4736, a drug designed to fight tumours by tapping the immune system, which is being tested in combination with other medicines and which AstraZeneca reckons could become a $6.5 billion-a-year seller.

The quality of the clinical data on MEDI4736 will give investors important clues, but they will also be watching just as closely how similar drugs perform at ASCO from rivals like Roche, Bristol-Myers Squibb and Merck & Co .

At the same time, AstraZeneca will look at its own deal-making options, including potential partnership agreements in cancer and other areas. It has already said it is exploring such options in infection and neuroscience.

Whatever the news from ASCO and on deals, however, many AstraZeneca investors remain deeply frustrated - and puzzled - at the way the biggest deal in the history of the pharmaceutical industry slipped away this month, depriving them of a windfall.

The reasons for that lie in the fraught weekend of May 17-18, when, after two days of grilling for both CEOs in front of two committees of British lawmakers, Pfizer came back with a sweetened offer of 53.50 pounds a share on the Friday night.

BRINKMANSHIP
Read and his advisers were convinced they had tapped into what AstraZeneca's shareholders were thinking - indeed, Read met again with investors after the hearings - and they were sure they had an offer that would bring their target to the table.

That proved to be a miscalculation.

The new price certainly got AstraZeneca's attention at a lengthy meeting of its board on May 17 at the London offices of law firm Freshfields, and led to a phone call lasting more than an hour between the two sides on May 18, when AstraZeneca made clear it needed at least 58.85 pounds.

Read's last-ditch act of brinkmanship - issuing a final offer of 55 pounds a share, without warning - failed to break the AstraZeneca board's resolve and also failed to trigger a decisive investor rebellion.

It was not the script most investors had expected, not least because Pfizer had always got its prey in the past, and the initial manoeuvres following its 50 pounds-a-share offer on May 2 also seemed to play out well for the US firm.

Pfizer's letter to British Prime Minister David Cameron offering reassurances on jobs and research initially won a warm reception from the government. The political atmosphere then turned hostile for Pfizer, however, and AstraZeneca's fightback - playing up its revitalised pipeline of cancer drugs - brought some solid support from a few vocal investors.

What happens next will depend on how much pressure Soriot and his team face from shareholders, some of whom are already demanding that management pay packages be linked to the company's shares reaching the 55 pounds share price that Pfizer had offered or the 58.85 that AstraZeneca reckons it is worth.

Investor ambivalence is highlighted by BlackRock, the biggest shareholder, which backed the board's dismissal of Pfizer on price, but also wants more talks down the road.

AstraZeneca always said it was ready to talk if Pfizer offered the right price, but it also insisted that key execution risks had to be addressed or eliminated, principally Pfizer's controversial plan to make Britain its tax base, without which the financial logic of the deal would collapse.

Things reached a nadir in the eyes of many of those involved when Soriot told lawmakers that a merger could cost lives by delaying vital new cancer drugs, a statement one person on Pfizer's side described as "poisoning the well".

So could things have turned out differently? Yes, according to one source in the AstraZeneca camp, who said Pfizer should simply have moved faster. Read was right to spot the promise of AstraZeneca's cancer pipeline but too slow to act.

The real tactical error, he said, was not to have gone with a bid in November or pushed harder in January, before AstraZeneca shares took heart from Soriot's audacious forecasts.