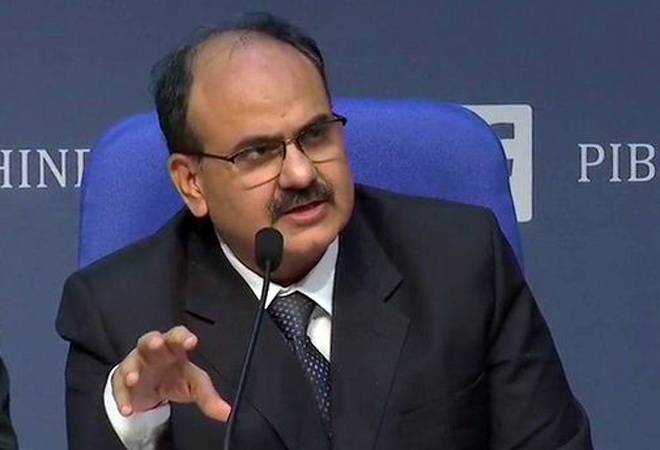 A 12 per cent growth in tax collections next fiscal may look ambitious to some but for Revenue Secretary Ajay Bhushan Pandey it is achievable in an economy that is projected to clock a 10 per cent nominal GDP growth.

The economy slowing down to its slowest growth in 11 years together with a cut in corporate tax rates led to the government missing its tax collection target by a wide margin in the current fiscal. The tax shortfall also led to slipping on fiscal deficit target for the third year in a row.

In an interview to PTI, Pandey exuded confidence of meeting the tax collection target of Rs 24.23 lakh crore for 2020-21.

For current fiscal, the government has revised downwards the tax collection projections from budgeted Rs 24.61 lakh crore to Rs 21.63 lakh crore in the revised estimates.

Explaining further, Pandey said, "This year we have shown a tax revenue growth of 4 per cent. 7 per cent growth we had to forego on account of corporate tax (cut). So 4 per cent (growth) means actually 11 per cent achievement. On 7.5 per cent nominal growth if you are achieving 11 per cent (tax revenue) growth, we can't say that this is unrealistic".

The effective tax rate for existing units, after considering surcharges and cess such as Swachh Bharat cess and education cess - which are levied on top of the income and corporate tax rates, will be 25.17 per cent as compared to 34.94 per cent now. For new units, it will be 17.01 per cent as against 29.12 per cent now.

Indian economy is projected to grow at 5 per cent in the current fiscal -- its slowest pace in 11 years. Fiscal deficit in 2019-20 is estimated to come in at 3.8 per cent as against 3.3 per cent estimated in Budget.