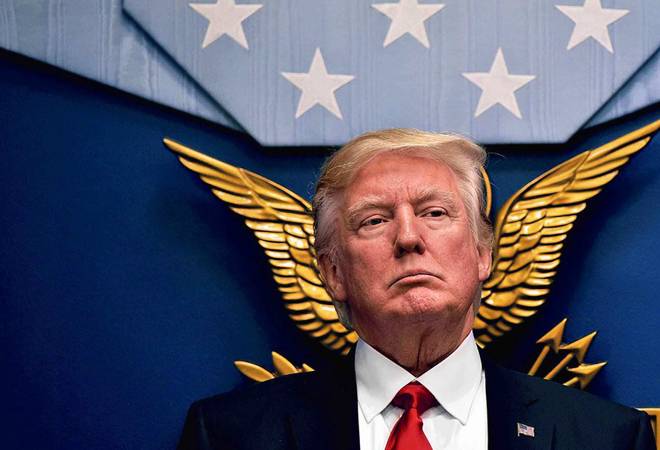 The Trump administration had launched an eligibility review of India's compliance with the GSP market access criterion in April 2018.

A bipartisan group of 44 influential lawmakers has urged the Trump administration to reinstate India's designation as a beneficiary developing nation under the key GSP trade programme as part of a potential trade deal between the two countries.

The Trump administration terminated India's designation as a beneficiary developing nation under the Generalized System of Preferences (GSP) in June.

The GSP is the largest and oldest US trade preference programme and is designed to promote economic development by allowing duty-free entry for thousands of products from designated beneficiary countries.

In a letter to US Trade Representative Robert Lighthizer, the House members suggest an "early harvest" approach that "would ensure that long-sought market access gains for US industries are not held up by negotiations over remaining issues".

US President Donald Trump and Prime Minister Narendra Modi will meet on September 22 in Houston and the two sides hope to announce a potential deal on longstanding trade issues, including GSP, a media report said.

Led by Congressmen Jim Himes and Ron Estes, the letter to Lighthizer has been signed by 26 Democrats and 18 Republicans, showing the strong, bipartisan support for reinstating GSP benefits for imports from India.

"Companies are telling Congress about the American costs - both in dollars and jobs - of lost GSP eligibility for India," said Dan Anthony, executive director of the Coalition for GSP on Tuesday.

"The letter shows Congress' strong, bipartisan support for swift action to reinstate GSP for India and to help constituents that depend on two-way trade," he said.

While GSP often is seen as a benefit to foreign countries, it is American businesses and workers that have suffered most from its termination to date.

Despite facing higher tariffs due to lost GSP, imports from India of (previously) GSP-eligible products increased over 40 per cent in June/July 2019 compared to a year earlier, likely the result of companies shifting sourcing away from China, Coalition for GSP said in a statement.

The letter notes that costs of GSP termination "are real for our constituents and growing every day". The Coalition for GSP's latest data shows that loss of GSP for India cost American companies about USD 30 million in July.

In the letter, the lawmakers said that they have a strong desire to see GSP eligibility for India reinstated.

"Should there be progress in negotiations, we hope you will use the tools provided by the GSP statute as warranted, such as partial reinstatement," the letter said.

Just as US industries are harmed by lack of fair and reciprocal access to India's market, American companies and workers also are harmed by new tariffs due to GSP termination, the lawmakers wrote.

"The costs are real for our constituents and growing every day. We urge you to continue negotiations and consider an early harvest to help American jobs that depend on two-way trade between the United States and India," they said.

Observing that the United states has legitimate concerns against India, the lawmakers wrote those policies negatively affect US companies trying to access its market, including a number of longstanding issues that have been subject to intergovernmental talks for years.

"As you know, several US industries filed petitions under GSP's market access criterion, which were accepted for review in April 2018. Ultimately, failure to make sufficient progress on the issues led to termination of India's GSP eligibility on June 5, 2019," they said.

The Congressmen said that they take these complaints seriously and share the administration's strong desire to see them resolved.

"We are encouraged to see continued engagement between the administration and the newly elected Government of India that assumed office in late May, including visits by senior USTR and Indian officials over the summer.

"The change in government provides a fresh opportunity to address outstanding concerns, and we hope that new Indian officials will offer concrete solutions that improve market access for American companies and workers," the Congressmen wrote in the letter.

Under the GSP programme, nearly 2,000 products including auto components and textile materials can enter the US duty-free if the beneficiary developing countries meet the eligibility criteria established by Congress.

India was the largest beneficiary of the programme in 2017 with USD 5.7 billion in imports to the US given duty-free status and Turkey the fifth largest with USD 1.7 billion in covered imports, according to a Congressional Research Service report issued in January.

The Trump administration had launched an eligibility review of India's compliance with the GSP market access criterion in April 2018.

Also read: US suspension of GSP trade preference programme with India 'a done deal' - US official