Banks and other institutions will make backend upgrades to allow acceptance of Aadhaar in all places where quoting PAN is now mandatory, Revenue Secretary Ajay Bhushan Pandey said Saturday 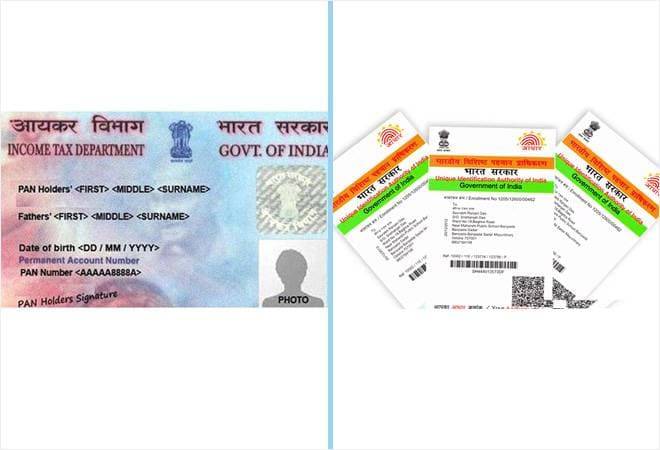 India's national biometric ID Aadhaar can now be quoted for cash transactions of more than Rs 50,000 and all other purposes where traditionally income tax PAN number was a must, according to a top official.

Banks and other institutions will make backend upgrades to allow acceptance of Aadhaar in all places where quoting PAN is now mandatory, Revenue Secretary Ajay Bhushan Pandey said Saturday.

This follows the Budget allowing interchangeability of PAN and Aadhaar for ease of compliance of taxpayers.

"Today you have 22 crore PAN cards which are linked to Aadhaar. You have more than 120 crore people who have Aadhaar. Then supposing somebody wants PAN, he has to first use Aadhaar, generate PAN and then start using it. With Aadhaar the advantage would be he now does not have to generate PAN. So this is a great convenience," he said.

Asked if Aadhaar can be used for deposit or withdrawal of cash worth more than Rs 50,000 from bank accounts in place of PAN, Pandey said, "There also you can use Aadhaar".

In order to curb black money, quoting of PAN is mandatory for cash transactions, such as hotel or foreign travel bills, exceeding Rs 50,000. PAN is also mandatory on purchase of immovable property of over Rs 10 lakh.

While Aadhaar is backed by biometric data of individuals, there have been several instances of people quoting a wrong PAN or obtaining a PAN number fraudulently.

On whether PAN will be phased out, he said that would not happen as people would have a choice to either quote Permanent Account Number (PAN) or Aadhaar wherever required.

Finance Minister Nirmala Sitharaman in her Budget speech on Friday said for the ease and convenience of tax payers, "I propose to make PAN and Aadhaar interchangeable and allow those who do not have PAN to file Income Tax returns by simply quoting their Aadhaar number and also use it wherever they are required to quote PAN."

Of the over 41 crore PANs issued, 22 crore have been linked to Aadhaar.

After the Supreme Court upheld Section 139AA of the I-T Act, the government in March extended the deadline for linking PAN with biometric ID Aadhaar by six months till September 30.

The apex court, in September last year, had declared the Centre's flagship Aadhaar scheme as constitutionally valid and held that the biometric ID would remain mandatory for filing of I-T returns and allotment of PAN.