Coronavirus news: Aarogya Setu Interactive Voice Response System (IVRS)' is a toll-free service, available across the country, wherein citizens can give a missed call to the number 1921' and they will get a call back requesting for inputs regarding their health 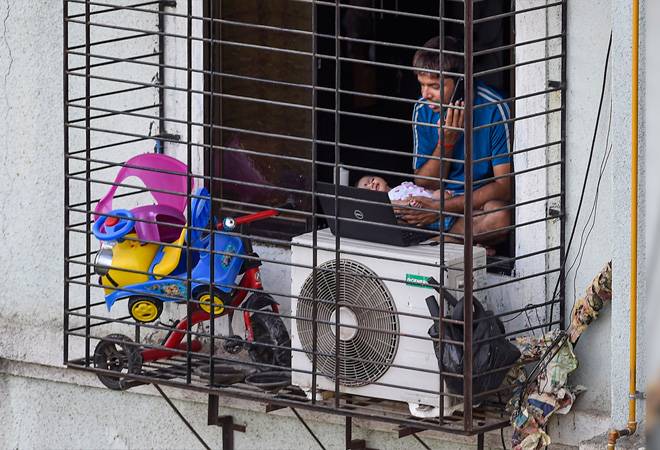 The Aarogya Setu Interactive Voice Response System has been implemented to include citizens with feature phones and landline connections under the ambit of the Aarogya Setu' mobile application, the Union Health Ministry has said, urging people to download the application for combating COVID-19.

The Aarogya Setu Interactive Voice Response System (IVRS)' is a toll-free service, available across the country, wherein citizens can give a missed call to the number 1921' and they will get a call back requesting for inputs regarding their health, the ministry said in a statement on Monday.

"The questions asked are aligned with Aarogya Setu app, and based on the responses given, citizens will also get an SMS indicating their health status and further alerts for improving their health, it said.

The toll-free service is implemented in 11 regional languages similar to the mobile application. The inputs provided by citizens will be made part of the Aarogya Setu database and the information will be processed to send alerts to people on the action to be taken to ensure their safety, it said.

The health ministry has urged the citizens to download the mobile application, saying it will enable them to assess the risk of catching the novel coronavirus infection which has claimed 1,694 lives and infected 49,391 people across the country so far.

Close to 9 crore users have downloaded the Aarogya Setu mobile application so far, a ministry official said. Meanwhile, the Centre on Wednesday rejected charges by the opposition that the application breached privacy.

Union IT Minister Ravi Shankar Prasad asserted that the platform is "absolutely robust, safe and secure" in terms of privacy protection and data security. The response came after a French hacker and cyber security expert Elliot Alderson on Tuesday claimed that "a security issue has been found" in the Aarogya Setu app and that "privacy of 90 million Indians is at stake".

The Centre had on Friday made it mandatory for government and private sector employees to use the Aarogya Setu mobile application to bolster the efforts to fight the COVID-19 pandemic, and entrusted the organisational heads with ensuring its 100 per cent coverage.

Elaborating on how it works, the health ministry said the user, upon installation of the application, is asked to answer a number of questions. In case some of the answers suggest COVID-19 symptoms, the information will be sent to a government server. "The data will then help the government take timely steps and initiate the isolation procedure if necessary, and it also alerts if someone comes in close proximity with a person who has tested positive," the statement said.

The application is available on both Google Play (for Android users) and iOS app store (for iPhone). It is also available in 10 Indian languages and English, the ministry added.

Toll collection to fall by 13% due to coronavirus lockdown: CRISIL