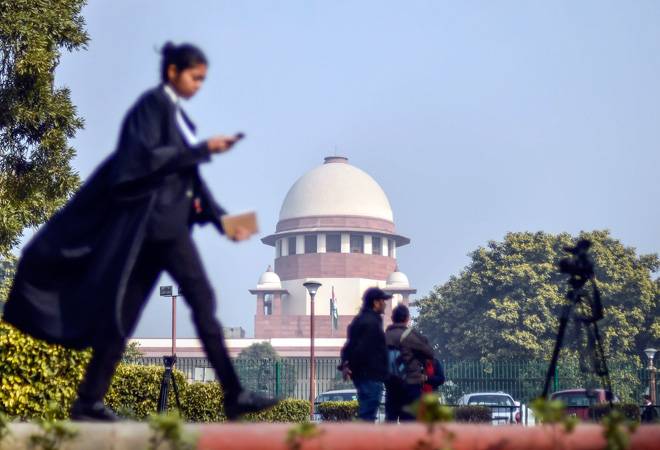 Rajeev Saxena, an approver in the AgustaWestland chopper scam, has been allowed by trial and high courts to travel abroad for treatment for blood cancer and other ailments.

The Supreme Court on Tuesday asked Rajeev Saxena, an approver in a money laundering case related to the AgustaWestland chopper scam, if his two relatives are willing to stand surety for him by depositing Rs 5 crore each for allowing him to travel abroad on medical grounds.

A vacation bench of justices Sanjiv Khanna and B R Gavai took note of the objections of the Enforcement Directorate (ED) that Saxena, who has been allowed by trial and high courts to go abroad for treatment for blood cancer and other ailments, has no roots in India and he may not return if permitted to go.

"Your apprehensions may be right or wrong, but are you (government) powerless to get him back," the bench said.

"We understand your apprehensions. His (Saxena's) passport is for limited period. If you can suggest other conditions, then they can also be imposed," it said.

"No country will say that it is powerless," Solicitor General Tushar Mehta, appearing for the ED, said.

The court asked senior advocate Meenakshi Arora, counsel for Saxena, to apprise it by Wednesday whether the sister and sister-in-law of Saxena are willing to stand surety in the court for him by paying Rs 5 crore each as guarantee that he would come back for the trial in the case.

At the outset, Mehta assailed the orders of the trial court and the Delhi High Court allowing Saxena to travel abroad for treatment and said, "he has no roots in India. He has no relatives or properties here and he may not come back".

The treatment for Saxena's ailments was available in India, the law officer said, adding that the approver was not only disclosing his role in the crime, but also revealing the culpability of others in the corruption case.

The bench has now posted the matter for further hearing on Wednesday.

The high court, on June 10, had allowed Saxena to visit the United Arab Emirates, the United Kingdom and Europe from June 25 to July 24 for treatment of blood cancer and other ailments.

The trial court had allowed Saxena to visit abroad for a month from June 6 to July 5.

The high court had given relief to Saxena, noting that he had already been granted bail on medical grounds before being pardoned and made an approver.

The high court had also said the ED too had not objected to the grant of relief to him.

It had also noted that two other accused in the case, Gautam Khaitan and Ritu Khaitan, were allowed to travel abroad.

Saxena, a director of Dubai-based firms UHY Saxena and Matrix Holdings, was one of the accused named in the charge sheet filed by the ED in the Rs 3,600-crore AgustaWestland scam.