Centre had planned a disinvestment mop-up of Rs 2.1 lakh crore this fiscal, by selling stake in several public sector enterprises, but the plans have been stalled due to several factors 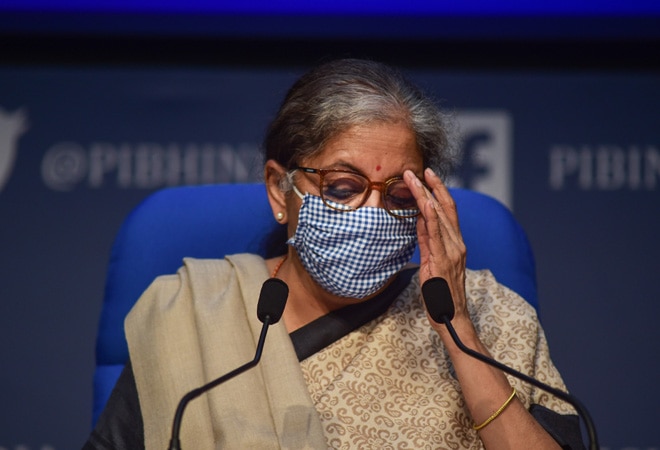 The coronavirus pandemic and crash of crude prices have considerably delayed the disinvestment plan of the government that targeted to raise about Rs 2.1 lakh crore in this financial year. Though Vedanta group and two American funds - Apollo Global and I Squared Capital - submitted expressions of interest (EoIs) for Bharat Petroleum Corporation (BPCL), the largest of the disinvestments this year, the government has not been able to conclude the deal as targeted earlier. The financial bid for India's second-largest fuel retailer is yet to take place. Because of the delay on part of government bodies, it is not clear whether the BPCL disinvestment can be concluded in this financial year, said industry sources.

According to the latest reports, the government looks to raise Rs 90,000 crore from the sale of its 53 per cent stake in BPCL. But it will be able to raise just Rs 45,000 crore for its stake, according to the present market capitalisation. The market experts say that the process should be completed when market is at the peak and it will fetch higher valuations. The bechmark index Nifty is presently at record high and Sensex is poised to cross the 50,000 mark for the first time.

The government was to announce the name of the qualified bidders for Air India by January 5, but the delay has forced them to postpone the announcement to end of the month. "The government is finding it tough to attract buyers for Air India, especially when the global aviation sector is in doldrums after the virus outbreak. So it will be difficult to conclude the deal in this financial year," said a source in the know.

The sale of Container Corporation of India (CONCOR) has additional problems as its major valuation comes from the leased land that it took from Indian Railways at subsidised rates. The government also wanted to divest its 47 per cent stake in IDBI Bank and 10 per cent stake in Life Insurance Corp of India (LIC) but the processes have met with delays. Overall, the government wanted to sell stakes in two dozen central public sector companies in 2020-21.

Reports say that India's fiscal deficit for this financial year is likely to exceed 7 per cent of gross domestic product (GDP) as revenue collections suffered because of lockdown and restrictions to rein in COVID-19 spread. The government had in February projected a deficit of 3.5 per cent, but the borrowing increased from the initially targeted Rs 7.8 lakh crore to Rs 12 lakh crore. Disinvestment is one of the major options to bridge budget deficits in this kind of economic scenario. Another relief for the government is the improved GST collections in December 2020. It showed an unexpected year-on-year growth of 11.6 per cent to Rs 1.15 lakh crore, the highest monthly GST collection so far.

In the biggest privatisation drive ever, the government has also been planning to sell its stake in BEML and Shipping Corp of India (SCI). Besides the privatisation, they wanted to cut shareholding in select public sector firms to below 51 per cent to boost revenue collections but that also had been hit by the slowing economy.

The Department of Investment and Public Asset Management (DIPAM) had appointed the asset valuer and transaction and legal advisors for the strategic sale of SCI stake. CONCOR's disinvestment process has hit the roadblock as it operates on the leased land of Indian Railways, valued Rs 16,500 crore. The government wants to sell the railway land to CONCOR at a subsidised rate, but the private container companies are objecting to the move. The Railway Ministry is now framing a policy for the usage of land by private players.

ALSO READ: Delayed but no going back on BPCL, Air India privatisation