The manifesto also states that they will initiate a program to bring talented children from across the country under a roof to provide them with resources to maximise their potential. 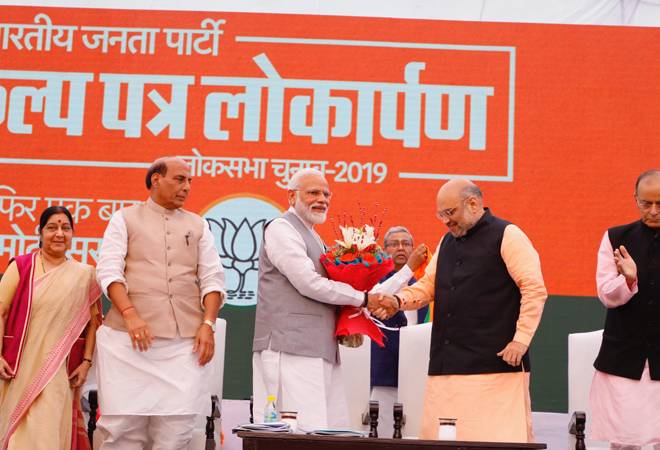 The Bharatiya Janata Party (BJP) released its manifesto on April 8 for the upcoming Lok Sabha Elections 2019. In their agenda for the next five years, the BJP has stated that they will establish a training institute for teachers that would provide four-year integrated courses to boost the quality of teachers in the country.

"We will establish National Institutes of Teachers' training. These institutions would provide four-year integrated courses that would set the standards for quality teachers in our schools. We will also motivate States to replicate this model as it is our firm belief that quality teachers lay the foundation of quality learning," states the manifesto.

The manifesto also states that they will initiate a program to bring talented children from across the country under a roof to provide them with resources to maximise their potential. The program will be called Prime Minister Innovative Learning Program. "We consider it our duty to provide a conducive environment for talented children in our country to facilitate them to unleash their talent. For this, we will initiate a 'Prime Minister Innovative Learning Program' to bring together such children for a certain period in a year in one place from all over the country and provide them with facilities and resources for them to excel. This would instil a culture of lateral thinking and innovation among them," the manifesto states.

The ruling party also said that they will use technology in classrooms to impact education as well as provide smart classes. They also promised to open another 200 Kendriya Vidyalayas and Navodaya Vidyalayas by 2024.

The BJP also mentioned that they would take necessary steps to increase the number of seats in central law, engineering, science and management institutions by at least 50 per cent in the next five years.

They also promised to set up an Arts, Culture and Music University with a focus on fine arts. The BJP also said that they would open a state-of-the-art Hospitality and Tourism University and a Police University. They said that states would also be encouraged to come up with similar institutions.