All villages electrified, but not all houses: PM Modi's mission far from complete

Prime Minister Narendra Modi took to Twitter to announce that "28th April 2018 will be remembered as a historic day in the development journey of India". 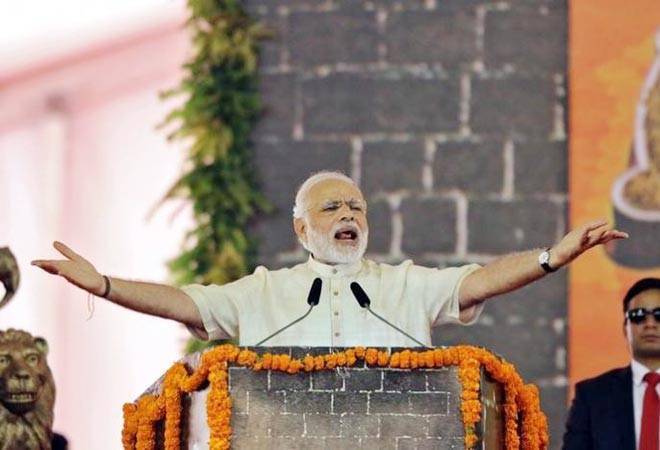 Seven decades after independence and nearly three decades after India's economic liberalisation, the government of the day took great pride in announcing that every village in the country has now been electrified. Prime Minister Narendra Modi took to Twitter to announce that "28th April 2018 will be remembered as a historic day in the development journey of India. Yesterday, we fulfilled a commitment due to which the lives of several Indians will be transformed forever! I am delighted that every single village of India now has access to electricity." There was much back-slapping, especially because this was managed 12 days ahead of the deadline set by Modi.

On paper, Modi has now delivered on a key electoral promise that helped him storm into power - electricity to all. When he took office in 2014, there were over 18,400 villages without electricity and last Saturday, Leisang in Manipur became the last village to be connected to the grid. However, that is mostly on paper because, almost 32 million homes remain in the dark as you read this.

The government considers a village electrified if it boasts basic electrical infrastructure and even 10 per cent of its households and public places - including schools, local administrative offices and health centres - have power. A Bloomberg report said that, as of last week, less than 8 per cent of the newly electrified villages had all homes electrified. That means a majority are still a long way off from enjoying access to electricity, and that is hardly a cause for celebration.

According to a 2015 study by the Council on Energy, Environment and Water, which covered six of the most energy deprived states of the country - Bihar, Jharkhand, Madhya Pradesh, Uttar Pradesh, Odisha and West Bengal - there is typically a "significant lag between the time when electricity was first brought to the villages and the households in these villages actually getting electrified". The median lag in the report ranged from two years in the case of Jharkhand and Bihar to about 15 years in the case Madhya Pradesh and Uttar Pradesh and over 25 years in Odisha.

So even Team Modi recognises that much more needs to be done to make India truly shining. Last September, the government unveiled the Rs 16,320 crore Pradhan Mantri Sahaj Bijli Har Ghar Yojana (SAUBHAGYA) to provide electricity connection to around 40 million families in rural and urban areas by March 2019. In fact, the power ministry, optimistically, had set an internal target of December 2018 to achieve universal electrification under the Saubhagya scheme.

"I'm sceptical that the government would be able to electrify all the households by 2019. It's going to take many more years after that," Johannes Urpelainen, a professor of energy and resources at Washington's Johns Hopkins School of Advanced International Studies told the media company. The government's records back him up. The report adds that per latest government data, India has electrified only about 13 per cent of the almost 36.8 million homes identified in October as needing power. To meet its electricity-to-every-household promise, the government will need to more than triple its monthly electrification pace.

And mere power poles and transformers won't suffice - access to electricity has to be backed by reliability, quality and duration of supply for the hinterlands to get a taste of the much promised acche din.

After Modi's tweet, India Today sent out a volley of reporters across India and they found a different ground reality. In Sanchi, Madhya Pradesh, External Affairs Minister Sushma Swaraj's constituency, more than six villages are yet to see a tube light switch on. Village Saprum, barely 90 km from Jamshedpur, Jharkhand, which even boasts a railway station - albeit 1.5 km away - has had poles without electricity for two years, and counting.

The National Electricity Policy unveiled in 2005 had pompously stated that "The Act mandates supply of electricity through a correct meter within a stipulated period. The Authority should develop regulations as required under Section 55 of the Act within three months...The Act requires all consumers to be metered within two years." According to media reports, only half of the connected rural households are metered currently.

Despite these challenges, the country has traversed a long, hard, impressive journey towards achieving 100 per cent electrification. In fact, according to the International Energy Agency, by providing energy access to over 500 million people since 2000, India has become one of the greatest-ever success stories in electrification. But with the World Bank last year claiming that India topped the list of most power-deficient countries - with Nigeria for company - celebrations seem a tad premature.