Phase I of Andhra's new capital to be ready by 2019

CM N Chandrababu Naidu said that that phase I of the project would include some residential, commercial and government buildings and establishments. 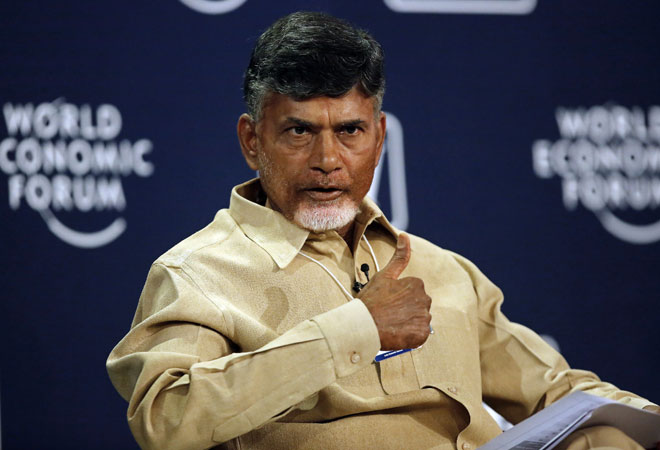 The first phase of the new capital of Andhra Pradesh will be ready by the time the state goes to polls in 2019, says its chief minister N Chandrababu Naidu.

It is expected to come up in the Guntur-Vijayawada region.

"We want to start at the earliest. We are currently consulting the government of India on this and have sought the help of the Singapore government to prepare the masterplan for the capital," he says.

Naidu was interacting with reporters at a lunch meeting called by him on December 5. "Japan is also showing interest in this and we hope to work with them also," he added.

He also pointed out that phase I of the project would include some residential, commercial and government buildings and establishments.

The government plans to shortly table the draft bill for this in the state assembly. The 'Capital Region  Development Authority Bill-2014,' is for creating a body to oversee the building of the new capital of the state. The exact location of the capital is not being officially spelt out since the process of land pooling is yet to be completed.

Indicating that he was clear on the direction and the road ahead for the state, Naidu says by 2022, when India completes its 75 years of independence, Andhra will be one among the top three states of the country and the number one by 2029.  "Compared to other states today, we have problems but I am confident, we will soon cross these hurdles," says Naidu. He expects that state GSDP (gross state domestic product) to grow from Rs 4.75 lakh crore currently to around Rs 12.5 lakh crore by 2019.

On infrastructure building in the new state, Naidu says he would be immediately initiating efforts to expand and build new airports. "We want to first strengthen the existing Vijayawada airport and focus on its renovation and runway expansion over the next six to eight months and thereafter, we want to go in for a greenfield airport there. Similarly, in Vizag, we also want to go in for a greenfield airport in the next four years and in (the temple town of) Tirupati, we will expand its existing airport and ultimately have an international airport there."

The chief minister, who has just announced a loan waiver scheme for farmers, says it is an election promise fulfilled by his party. He did not however spell out his plans on resource mobilization and the quantum of funds required. "We will collect taxes efficiently, raise new resources and seek assistance from the central government," is all he says apart from his plans to monetize select state resources.

On what he would tell potential investors, he says "we can offer them water, power, policy and leadership. I am there to work." Naidu says he works 18 hours a day. In a month or so from now, he hopes to announce sector-specific policies and plans to boost the attractiveness of the state.

Govt to come out with more steps to rationalise subsidies