Several startups have raised concerns over levying taxes on angel funds under Section 56 of the Income Tax Act, which provides for taxation of such money received by an entity. 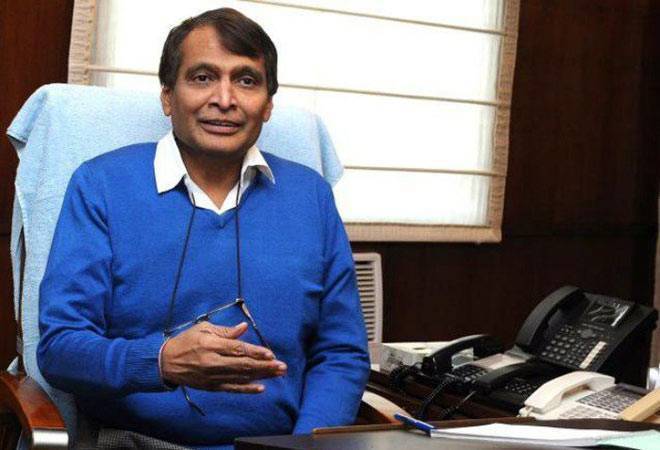 Union commerce minister Suresh Prabhu Friday said the government will soon come up with a solution to address the problems being faced by startups with regard to angel tax.

Several startups have raised concerns over levying taxes on angel funds under Section 56 of the Income Tax Act, which provides for taxation of such money received by an entity. Prabhu acknowledged that startups are facing some difficulties due to the angel tax and he has taken up the issue with the finance ministry.

"I want to assure you that we are working with the finance ministry in order to find the appropriate solution to angel tax and I am quite confident that we will come up with a solution soon," he said while addressing an awards function.

An angel investor is the one who funds a startup when it is taking baby steps to establish itself in the competitive market.

Normally, about 300-400 startups get angel funding in an year.

In April, the government gave relief to startups by allowing them to avail tax concession if total investment, including funding from angel investors, does not exceed Rs 10 crore.

As per a notification by the commerce and industry ministry, an angel investor picking up stakes in a startup should have a minimum net worth of Rs 2 crore or should have an average returned income of over Rs 25 lakh in the preceding three financial years.

Section 56 of the Income Tax Act provides that where a closely held company issues its shares at a price more than its fair market value, the amount received in excess of the fair market value will be charged to tax the company as income from other sources.

Startups also enjoy income tax benefit for three out of seven consecutive assessment years. To avail the concessions, startups would have to approach an eight-member inter-ministerial board of certification.

Prabhu said that there has been changes world-wide, as people are moving away from the fixed income jobs to entrepreneurial activities. In India also, big opportunities are knocking and people should take advantage of it, he said, adding that gone are the days, when licences, permissions and big-money were required for building an enterprise.

Talking about the ease of doing business, the minister said that work is being done to take the concept to the state and district levels.

He said a baseline is being created for the purpose and resources and skills available in districts are being identified so that they could be harnessed.

"I am aware that until the ease of doing business is improved at the district-level, people will not get benefited. We have adopted a district-focused approach by picking six districts in Maharashtra, Bihar, Uttar Pradesh, Andhra Pradesh and Himachal Pradesh.

"Indian Institute of Management, National Council for Applied Economic Research are creating a baseline for growth. The work on the second phase of the project has also begun on how to best utilise the available resources in a particular district," said the minister.

The minister further said he has directed the GeM authorities to extend full support to entrepreneurs towards procviding a marketplace platform for their products.

He said the target for Government e-Marketplace (GeM) in the next few years is a total sales volume of transactions aggregating to more than $100 billion.

Also Read: TRAI's new framework for cable services: Will watching TV get costlier? All you need to know