"The cost of capital and, I think, in recent months or years, is one singular factor which has contributed to the slowdown of manufacturing growth itself," Jaitley said. 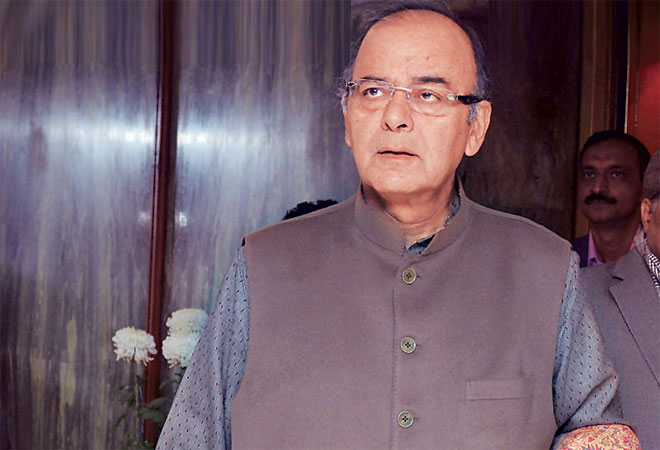 Sending a clear signal to the Reserve Bank of India (RBI) to cut interest rates in view of industrial output slipping further in October, Finance Minister Arun Jaitley on Monday called for increasing the flow of funds in the market.

"The cost of capital and, I think, in recent months or years, is one singular factor which has contributed to the slowdown of manufacturing growth itself," Jaitley said in the national capital addressing a high-profile workshop on the government's Make in India programme.

Industrial activity, measured in terms of the Index of Industrial Production (IIP), registered a negative 4.2 per cent growth during October as compared to a 1.2 per cent decline in growth during the corresponding month of the previous year.

Industry's pitch for rate cuts and economic reforms has become sharper with factory output slipping further, even as retail inflation eased to a historic low of 4.38 per cent in November, official data showed earlier this month.

"The credit offtake is slow, infrastructure creation becomes slower, the manufacturers find it difficult to afford costly capital, because it is going to add to each one of their costs. And, therefore, this is one area where each one of us has to be concerned about," Jaitley said.

The RBI has maintained the benchmark repo rate (the rate at which banks borrow from it) since January this year.

The Make in India campaign was launched by Prime Minister Modi on September 25, promising the investors, domestic and overseas, an environment conducive to turn the country into a manufacturing hub and, in turn, create job opportunities for at least 100 million youths.

"We can't have a policy which is occasionally changed and half way through our businesses, we find that there is different policy. Retrospective taxation, because of the absence of stability, became a defining moment against India globally," the minister said.

Referring to arbitration issues in cases involving multinationals like Vodafone, he said: "We have to ask ourselves why each investor is today insisting on international arbitration where the venue is not India. It is because our domestic systems have a tendency to interfere too much in the domestic or international tribunals created for the purposes of dispute resolution mechanism."

The 25 sectors identified for advancing the government's Make in India programme will make presentations at the day-long workshop titled "Sectoral Perspectives and Initiatives" featuring ministers, industries and state chief secretaries.

A total of 18 sessions will be held on the 25 sectors, including chemicals, oil and gas, petrochemicals, capital goods, pharmaceutical, food processing, tourism, aviation, automobile, aerospace, defence production and skill development.

The sector-specific sessions at the workshop will prepare action plans for one and three years.

US in wait-and-watch mode on India