Finance Minister Arun Jaitley today said that as many as 30 crore families have got bank accounts since the launch of India's biggest ever financial inclusion drive- Jan Dhan Yojana. 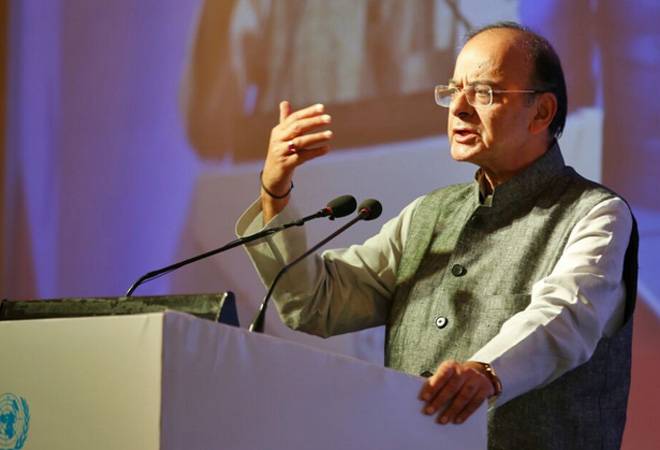 Finance Minister Arun Jaitley today said that as many as 30 crore families have got bank accounts since the launch of India's biggest ever financial inclusion drive- Jan Dhan Yojana or PMJDY.

The Finance Minister was speaking at a conclave on Financial Inclusion. He also mentioned that the number of zero-balance accounts has reduced from 77 per cent to 20 per cent and even these would become operational once the direct benefit transfer is expanded.

"In September 2014, three months after the scheme was launched, 76.81 per cent accounts had zero balance. The number of zero-balance accounts has now come down to 20 per cent of the total," Jaitley said.

He further thanked Prime Minister Modi's financial inclusion programme -PMJDY for enabling 99.99 per cent of households to have at least one bank account. During the speech, Jaitley referred to the number of accounts opened for disadvantaged sections and said they have been significantly large.

About 42 per cent of households were unbanked before PM Modi rolled out PMJDY, which was aimed to give every individual access to banking facilities by offering them zero-balance accounts across all commercial banks.

The Finance Minister talked about the success of financial inclusion scheme and said that Rupay card linked to these accounts, Rs 5000 overdraft limit and 2 key insurance schemes incentivized the PMJDY.

The Minister said the government has strong schemes at the Central and State level to ensure that money goes directly into bank accounts. "State resources must be targeted to those most in need," he said.

Jaitley also spoke about the Aadhaar and said  full potential of the unique identity card was not realized when it was brought in, it was an evolving idea then.

"(I) am sure the Aadhaar legislation will stand the test of constitutionality," the Finance Minister said, adding Aadhaar enables targeted state support directly to beneficiaries.