Kejriwal, who was accompanied by senior AAP leader Manish Sisodia, reached the PM's residence around 10:30 am and the meeting lasted for around 15 minutes. 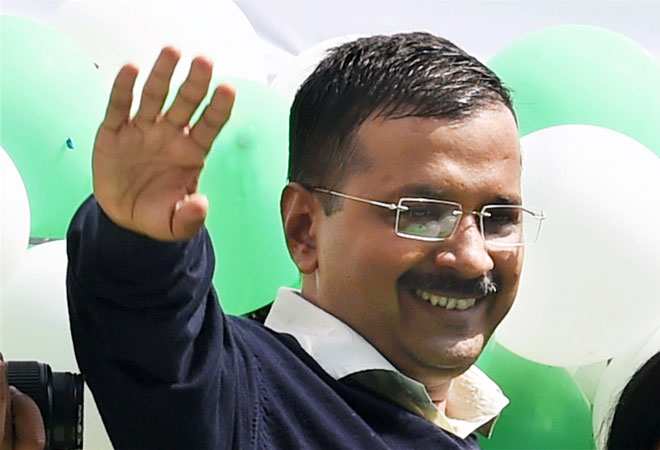 Arvind Kejriwal, the chief ministerial designate of the national capital, on Thursday met Prime Minister Narendra Modi and discussed a range of issues related to Delhi including granting full statehood.

Kejriwal, who was accompanied by senior AAP leader Manish Sisodia, reached the PM's residence around 10:30 am and the meeting lasted for around 15 minutes.

"Arvind told the Prime Minister that both the Centre and the state government enjoy strong majority, therefore, it is a golden opportunity for both to work together to make Delhi a better city", Sisodia told reporters after the meeting.

He added that the AAP chief also raised the issue of full statehood with the Prime Minister.

"Arvind also talked about full statehood to Delhi with the Prime Minister to which he assured that he will look into the issue", Sisodia said.

Kejirwal also invited Modi to his oath-taking ceremony at the Ramlila ground on February 14.

However, the Prime Minister expressed his inability as he would be out of the city on that day.

On Wednesday, Kejriwal had met Union ministers M Venkaiah Naidu and Rajnath Singh in separate meetings and pitched for full statehood for Delhi and regularisation of unauthorised colonies.