No urgency to include G-Secs into global indices, says Arvind Mayaram

According to initial rough estimates, such an inclusion could easily fetch around $30 billion, helping alleviate the CAD concerns, which had hit an all-time high of 4.8 per cent of the GDP last financial year. 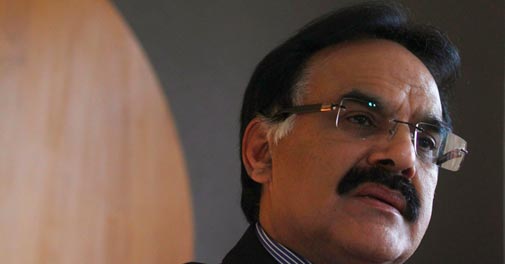 Economic Affairs secretary Arvind Mayaram has said there is no urgency to include government debt in the global bond indices as forex reserves continue to rise to comfortable levels, addressing the current account deficit (CAD) worries.

According to initial rough estimates, such an inclusion could easily fetch around $30 billion, helping alleviate the CAD concerns, which had hit an all-time high of 4.8 per cent of the GDP last financial year.

"It would be interesting to be on the global indices, but it is not a matter which is emergent or so urgent that it would require an immediate decision," Mayaram told reporters on the sidelines of a Crisil summit on corporate bonds. "Deliberations are going on. The Reserve Bank is fully engaged with this exercise and we should wait for the outcome of the deliberations. The entire matter is under consideration. It is very difficult to say anything more than that at the moment," he said.

As the rupee came under pressure and forex reserves started depleting on taper worries, confounding the already high CAD worries, the government had asked RBI to begin talks to include its debt into benchmark indices compiled by global banks like JP Morgan, hoping to net billions of dollars.

Forex reserves have been rising on the back of robust inflows through the two special swap windows that RBI opened for banks to borrow 100 per cent of their core capital at a concessional 3.5 per cent rebate rate and attract NRI funds through another window.

Till November 25, these two windows had netted in $25 billion, some $5 billion above estimates. These windows will be shut on November 30.

These inflows and FII inflows together saw the forex kitty swelling by $1.46 billion to $283.6 billion for the week ending November 15, according to RBI data on account higher foreign curreny assets.

"We can actually look at Euroclear and similar participation to make the bonds more internationally competitive," he said.