Honoured to be appointed by PM to NITI Aayog: Arvind Panagariya

In his new cabinet position, Panagariya will work closely with Modi, who will serve as chair of the renamed institution. 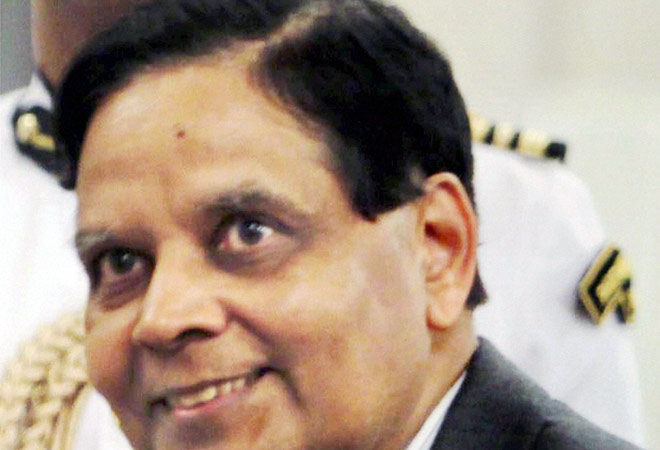 Indian-American economist Arvind Panagariya has said that he is "honoured" to be appointed by Prime Minister Narendra Modi as the first Vice Chairman of the newly created NITI Aayog, which replaces the 65-year-old Planning Commission.

"I am honoured by this appointment, and I look forward to working with Prime Minister Modi and policymakers across India," Panagariya was quoted as saying in a statement issued by the Columbia University in New York on Monday.

Panagariya is the professor of economics and the Jagdish Bhagwati Professor of Indian Political Economy in the Department of International and Public Affairs. He will take a leave of absence from Columbia to accept his position at the National Institution for Transforming India (NITI) Aayog.

The 62-year-old professor said he expects to continue to engage with Columbia's School of International and Public Affairs (SIPA) "when such opportunities arise" and will resume his work at the School when his assignment is completed.

In his new cabinet position, Panagariya will work closely with Modi, who will serve as chair of the renamed institution.

Officials envision NITI Aayog as a government "think tank" that will provide strategic and technical advising on key issues.

Panagariya, who has been a strong supporter of Modi's Gujarat model of development, had said some months ago that he wants the BJP government's first budget to boost capital spending even at the risk of a higher fiscal deficit.

Holding a Ph.D degree in Economics from Princeton University, Panagariya has also worked for the World Trade Organization and the United Nations Conference on Trade and Development (UNCTAD) in various capacities.

During an address at Columbia in September last year on what the Modi government must do to transform the Indian economy, he had said a replacement for the Planning Commission must be "lean and thin" and had termed as "brave" the decision by Modi to do away with the 1950-dated institution.

Panagariya had suggested that Modi should put in "as lean and thin a team" for the Commission's replacement with 10-12 people and "lots of resources so that they can draw on the experts as necessary" and then periodically that team should meet with the Prime Minister and Finance Minister.

SIPA Dean Merit Janow congratulated Panagariya on his new role and said his global perspective and broad experience would serve him well as the Vice Chairman of NITI Aayog.

Panagariya "is an important member of the international community of scholars who study and address world challenges at SIPA. We are proud that he has been selected for this important assignment and look forward to deepening still further our scholarship and engagement with India," Janow said.

Panagariya had said that the new body should have "in the background enough research agenda (on) how to design the reforms taking into the account the political economics."

He had cautioned that the replacement of the Planning Commission should start "anew" as reforming the existing one would ultimately have the "same players."

Panagariya, whose lectures are known for their analytic rigor and clarity, completed a full decade as a member of the SIPA faculty in 2014.

During this period he taught courses on international trade, the Indian economy, and globalization.

Just prior to his transition into the new role, he had launched a new course titled "Topics in Trade, Growth and Development."

Panagariya has also served as the director of the Programme on Indian Economic Policies at Columbia University, funded by a grant from the Templeton Foundation.

The Columbia statement said that research and books produced by the programme, especially the book 'India's Tryst with Destiny' by Bhagwati and Panagariya, have been "highly influential in shaping the economic-policy debate of the general elections that elevated Modi to the highest office of the country."

Panagariya's most recent book, 'Why Growth Matters,' also co-authored with Bhagwati won the Eccles Prize for Excellence in Economic Writing and was listed as a best book of the year by the Financial Times.