As PMGKY comes to end on Mar 31; man in Tamil Nadu makes a deposit of Rs 246 cr in Indian Overseas Bank

The whole amount has been deposited in the old currency which was banned on November 8, last year after the government's demonetisation announcement. This could be the largest deposit under the scheme in the state of Tamil Nadu. 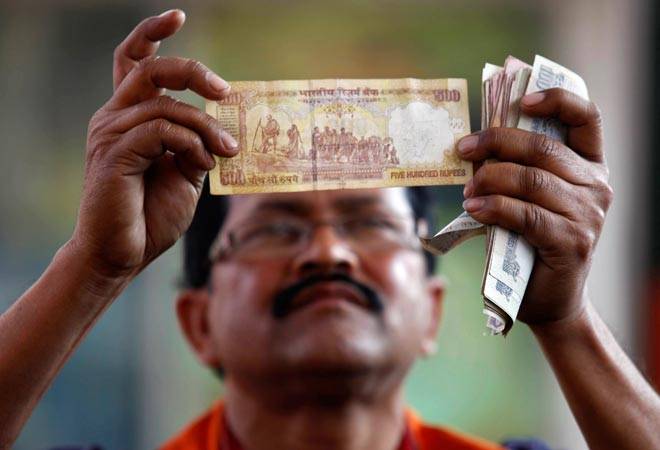 A man in Namakkal district of Tamil Nadu has deposited Rs 246 crore in Indian Overseas Bank under the Pradhan Mantri Garib Kalyan Yojna (PMGKY),days before the window to disclose  illegal assets under the scheme closes on March 31.

The whole amount has been deposited in the old currency notes which were banned on November 8, last year after the government's demonetisation announcement. This could be the largest deposit under the scheme in the state of Tamil Nadu.

A senior Income tax official told TOI, "We were following him for more than 15 days after finding that he had deposited cash in a rural branch of the IOB. First, he tried to hide, but after a few days he agreed to join the Pradhan Mantri Garib Kalyan Yojana (PMGKY) and pay 45% of the total money as tax. As per PMGKY, 25% of the money will be retained with the government without any interest".

"In Tamil Nadu and Pondicherry, we found 28,000 accounts to be suspicious and some of the accounts had deposits in cash to the tune of Rs 85 lakh or move. In the first instance, we send a mail to the account holder asking for details. Most of them have replied and some of the cases have been closed or they have joined the PMGKY scheme accepting that the cash was black money," he said.

However, the department has promised "confidentiality" for those who come forward to disclose their illegal wealth. The I-T department has warned that they have "information" about those who have stashed black money.

The tax and penalty against those who hide their black money and fail to avail the PMGKY could go as high as 137 per cent of the cash deposits made.

A person or entity that opts for PMGKY will have to pay 49.9 per cent tax on the income, whereas a person who does not opt for the scheme but offers his black income in his Income Tax Returns will face a tax and penalty rate of 77.25 per cent.

To protest CM Yogi's order, meat sellers to go on strike in Uttar Pradesh from today

Supreme Court to government: Aadhaar card can't be made mandatory for welfare schemes