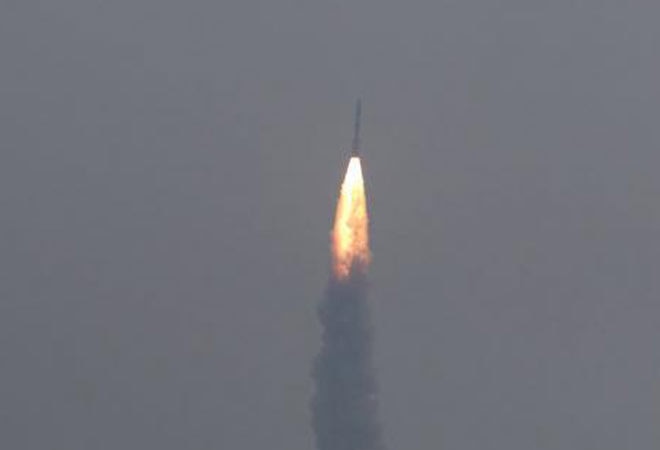 "This launch ... is important for astronomical sciences," Harsh Vardhan, minister for earth sciences, said in a statement. "We look forward to prospective research."

The simultaneous launch of six other satellites, four of which were for the United States, came hours before a scheduled meeting between PM Modi and US President Barack Obama.

Modi is bullish about India's space research programme and has repeatedly lauded the efforts of his scientists, who last year scored big on the global stage when their low-cost Mars mission entered the red planet's orbit on its very first attempt.

Despite the recent successes, the growth of India's space programme has been stymied by lack of heavier launchers and slow execution of missions - during 2007-2012, only about half of the planned 60 missions were accomplished.

In December, India successfully tested a new, more powerful rocket - the Geosynchronous Satellite Launch Vehicle (GSLV) Mark III - that can put heavier payloads into space, but it is not yet operational.

ASTROSAT is seen as a smaller version of NASA's Hubble Space Telescope that was launched in 1990. It will be able to detect objects in multiple wavelengths such as X-rays, but with far lower precision than Hubble, said Mayank Vahia of the Tata Institute of Fundamental Research.

"This will bring little commercial advantage but will show India's new capability in space research," said Vahia, whose institute made three of the five scientific instruments aboard ASTROSAT.

The ASTROSAT instruments will transmit data to a control centre in the southern city of Bangalore that will manage the satellite during its five-year mission life.