"My hope is we can become a reliable source of energy resources and food security for India,"  Australian PM Tony Abbott said. 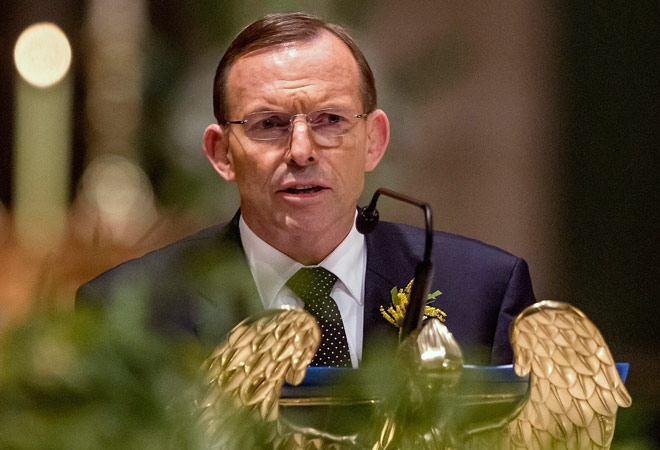 Australian Prime Minister Tony Abbott said he would seal a civil nuclear deal to sell uranium to India on Friday, offering to ramp up supplies of energy to help the emerging Asian giant overcome chronic shortages.

Prime Minister Narendra Modi greeted Abbott with full state honours during his two-day visit to India. The two leaders were due to hold formal talks later and sign the deal to sell uranium for peaceful power generation.

In an editorial published in The Hindu he said the two sides had concluded the nuclear talks, which began about two years ago after Australia lifted a long-standing ban on selling uranium to energy-starved India.

"My hope is we can become a reliable source of energy resources and food security for India," Abbott said.

Prior to the meeting hosted by business lobbyists ASSOCHAM, the group said India should make use of Abbott's visit to seek more coal imports at a time when Indian thermal power stations are running critically short of the fuel.

With two-thirds of India's power stations fired by coal, and latest data showing that half of them down to a week's stock, tapping into Australia's coal reserves is a more pressing need than accessing uranium.

Nuclear power accounts for just 3 per cent of output, down from 3.7 per cent three years ago.

"While Coal India can be asked to step up its production, the growing needs make it imperative to go in for more imports and what better source than Australia whose top leadership is engaged with strategic relationship with India," ASSOCHAM President Rana Kapoor said in a statement.

The Australian government in July approved a $16.5 billion coal and rail project in the province of Queensland by Indian firm Adani Mining, controlled by billionaire Gautam Adani .

However, nuclear power is key to future energy plans in India, where a quarter of the 1.2 billion population has little or no access to electricity, a situation Modi has vowed to tackle.

Earlier this week, Modi was in Japan where he sought to accelerate negotiations of a civil nuclear agreement modeled on a deal with the United States in 2008 that ended years of isolation after India tested a nuclear weapon in 1998.

India operates 20 mostly small reactors at six sites with a capacity of 4,780 MW, or 2 per cent of its total power capacity, according to the Nuclear Power Corporation of India Limited. The government hopes to increase its nuclear capacity to 63,000 MW by 2032 by adding nearly 30 reactors at an estimated cost of $85 billion.

In an apparent bid to remove an irritant between the two nations, Abbott was due to hand over to Modi a $5 million statue of the Hindu god Shiva that had been illegally trafficked and a stone statue that had been displayed in an Australian gallery.

Abbott says ties between the two former British colonies are not as close as they should be.
(Reuters)