These are wholesale numbers (captured from sales from companies to dealerships) and the situation at retail level is far worse, most companies have said. Those in the rural markets like Hero MotoCorp and Mahindra are hit more due to cash crunch in rural areas of the country. 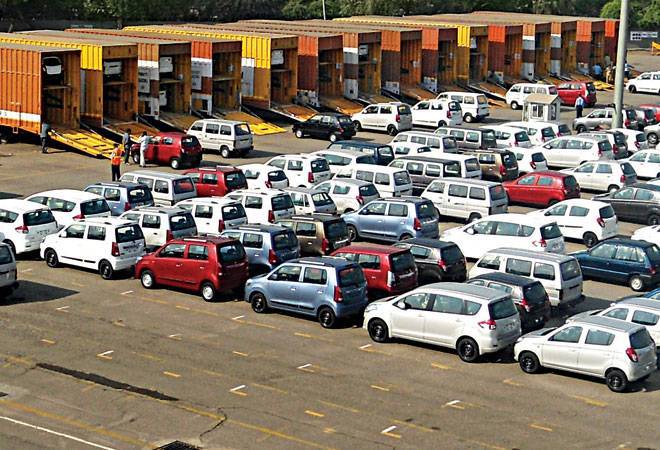 After a gap of 44-months total automotive sales in the domestic market (passenger vehicles, commercial vehicles, two and three wheelers) declined by over 5 per cent in November, the first drop of this calendar year. The auto sector had declined 7.75 per cent in March 2013 and saw a marginal drop of 0.78 per cent in December 2015.

However, these are wholesale numbers (captured from sales from companies to dealerships) and the situation at retail level is far worse, most companies have said. Those in the rural markets like Hero MotoCorp and Mahindra are hit more due to cash crunch in rural areas of the country.

Most passenger car companies have introduced 100 per cent financing options and are giving attractive discounts to bring buyers back to the showrooms.

Passenger vehicles fared better than rest of the segments. However, the growth was tapered at 1.82 per cent, which was the lowest in several months.

ALSO READ: A month into demonetisation: How the economy has performed so far

Sridhar V, Partner, Grant Thornton India says that demonetisation has had a significant impact in the November sales across all segments of vehicles. "But we can't say that if this is the bottom. The performance over the next couple of months would reveal the actual impact. The expected rate cut also did not happen and could prolong the pain for the short term."

The data announced by the Society of Indian Automobile Manufacturers (SIAM) shows that 1.56 million units of automobiles were sold (in domestic market) by companies in November, down 5.48 per cent from 1.65 million units in November 2015. Sales slipped below the 2 million mark after three consecutive months of over 2 million monthly sales.

"Sales are temporarily disrupted and it seems to be the demonetisation effect," said the association. Barring passenger vehicles including cars, vans and the utility vehicles, all the segments of the automobile industry posted a decline last month," said Sugato Sen deputy director at SIAM.

The two wheelers market - biggest across the segments by volume - declined for the first time in FY17 after posting double digit growth. Motorcycles were the worst hit and reported a decline of over 10 per cent due and scooters too posted a 2 per cent drop, a trend reverse after 44 months of straight growth.

Sen said that customer traffic has increased at the dealerships and December could be better than last month.

Note Ban: RBI yet to replace over 70% of invalidated currency

'If it fails, then I am to blame,' PM Modi reportedly told cabinet on demonetisation