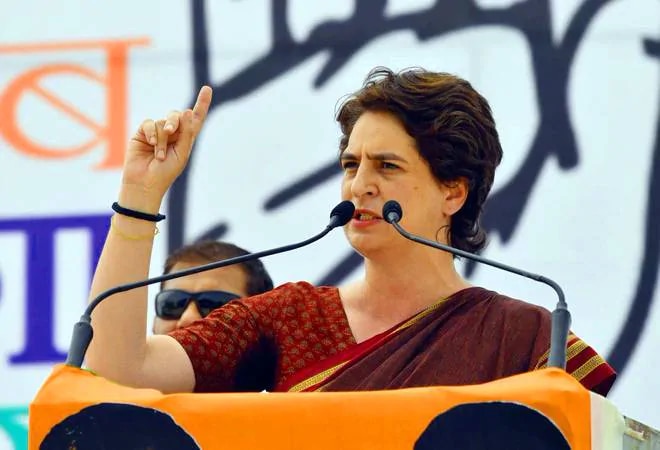 An hour before the final judgement on the Ram Janmabhoomi-Babri Masjid title dispute case, Congress General Secretary Priyanka Gandhi Vadra appealed for "harmony and mutual love". She said all Indians had a responsibility to hold the century-old tradition of unity in the country. Invoking Mahatma Gandhi on the day of the historic judgement, she said all Indians had a duty to maintain "peace and non-violence".

Meanwhile, elaborate security arrangements have been made across the country ahead of the Supreme Court judgement, which will be pronounced at 10.30 am. Authorities have said social media posts will be monitored to ensure that no attempt is made to vitiate the atmosphere by spreading fake or inflammatory content and necessary arrangements have been made to ensure safety and security of religious places.

Chief Justice of India Ranjan Gogoi on Friday morning held an hour-long meeting with Uttar Pradesh Chief Secretary Rajendra Kumar Tiwari and Director General of Police Om Prakash Singh who apprised him about the security arrangements made to maintain law and order in the state.

Uttar Pradesh government announced the closure of all educational and training institutes till Monday after the Supreme Court website posted at around 9 pm that the five-judge Constitution bench headed by Chief Justice Ranjan Gogoi would pronounce its verdict at 10.30 am today, November 9 in the case. Saturday is a non-working day for courts. Security in and around the Supreme Court has increased on Saturday ahead of the judgment in the politically sensitive Ram Janmbhoomi-Babri Masjid land dispute case, with barricades being put on roads leading to the apex court's premises.