After milking the science behind Ayurveda, yoga guru Baba Ramdev's Patanjali is all set to harness the power of sun. Expanding its market beyond the fast moving consumer goods category, Patanjali is going to diversify into solar power equipment manufacturing. 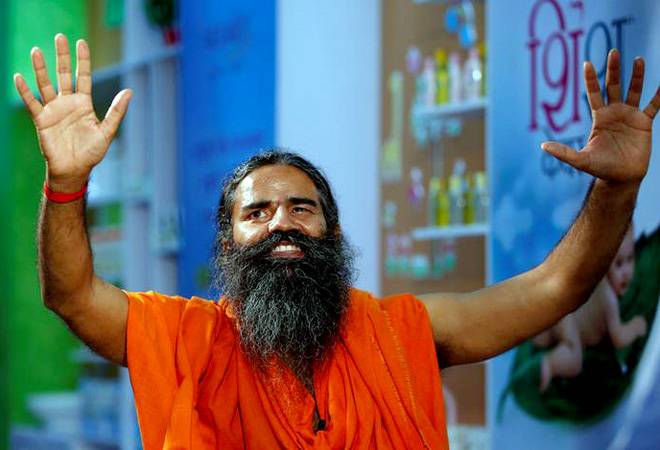 After milking the science behind Ayurveda, yoga guru Baba Ramdev's Patanjali is all set to harness the power of sun. Expanding its market beyond the fast moving consumer goods category, Patanjali is going to diversify into solar power equipment manufacturing, a Mint report said on Tuesday. With the Narendra Modi government's push to bring the renewable energy revolution in the country, Yoga guru Ramdev-led Patanjali wants to tap into the sector that has not been explored to its full potential so far. Though India aims to produce 100 gigawatts of energy in the next five years, the road may not be easy due to a fierce competition from Chinese manufacturers and rising input costs. However, India could still be a favourite market for the solar energy production given the country's unbridled commitment towards the Paris Climate deal.

Patanjali products became a rage in the country soon after the company started operations in 2006. Patanjali currently makes a wide range of products including personal care such as hair oil, toothpaste, moisturizing cream, face scrub, healthcare products, ayurvedic medicine, incense sticks, and products like corn flakes, choco flakes, biscuits and even noodles. Getting into solar is in line with the swadeshi movement. With solar, each household in India can have power supply, and we are here to make that happen," Mint quoted Acharya Balkrishna, managing director of Patanjali Ayurved.

Patanjali acquired Advance Navigation and Solar Technologies Pvt. Ltd. earlier this year. According to the report, the company is set to invest Rs 100 crore in its new factory in Greater Noida. The Greater Noida factory is likely to begin functions in a few months. Balkrishna told Mint that they decided to diversify into solar power after they decided to use solar power in all their factories.  "That time we understood (that) most of the solar modules come from China. And there was no quality consistency even in India-made ones," he added. Balkrishna also said that they started making solar modules for their captive use initially and then decided to use the existing capacity to manufacture solar modules and sell in the market.

"The government has been working on the solar industry, and even offering sops. We will manufacture solar panels in India without compromising the quality. But we are not going to get into the price war with the Chinese solar panels," Balkrishna told Mint. Patanjali Ayurved has seen an exponential rise since its inception. Its revenues increased five times to Rs 10,561 this year till March from Rs 2,006 crore the previous year. It aims to cross Rs 20,000-25,000 crore in sales by March next year.

In September, Patanjali had announced it would enter the $70 billion dairy sector and apparel business in India. "The total market size of these two categories will be Rs 20 lakh crore. We will enter both within this year," Baba Ramdev had said, adding that the company was number one in trust and would be number 1 in turnover in a year.

He had also taken a dig at multinational companies, saying the FMCG giants like Hindustan Unilever done and Nestle etc. had done nothing for India, and that Patanjali was the only company that used the revenue generated through Patanjali products for providing employment opportunities.

The company could soon some up with a 'swadeshi' line of clothes for men, women and children. Baba Ramdev's homegrown brand is likely to enter the branded apparels market this calendar year. In July, the yoga guru had entered the Rs 40,000 crore private security market. Patanjali has roped in retired Army and police officers to train recruits who will work as private security guards with Ramdev's Parakram Suraksha Private Limited. Besides, Patanjali Ayurveda also plans to enter the restaurant business dominated by McDonald's, Kentucky Fried Chicken and Subway in India.

To meet its ambitious targets and expand its areas of interest, Patanjali is also in talks with two investment banks to raise structured credit worth Rs 1,000 crore. Patanjali in September had also announced the launch of its packaged drinking water 'Divya Jal'. Reports had suggested one of the two investment banks was a Hyderabad-based boutique firm specialising in the consumer packaged goods segment, adding that the banks had been asked to approach both foreign and domestic funds.