Between job crisis, economic woes, political troubles, task cut out for next regime in Jharkhand

The new government in Jharkhand will have to ensure both political and economic stability in the state, which otherwise had been a bit unsteady since its formation. Here is a look at the state's journey so far JMM's working president Hemant Soren is set to become the CM of Jharkhand for a second time (Photo credit: PTI)

Jharkhand was brought into existence by the Bihar Reorganisation Act on November 15, 2000. Since then it has seen three Assembly elections and been led by six chief ministers. The new government in the state will have to ensure both its political and economic stability, which otherwise had been a bit unsteady since its formation. Here is a look at the state's journey so far.

Political Turbulence: Babulal Marandi, Arjun Munda, Shibu Soren, Madhu Koda, Hemant Soren and Raghubar Das have been chief ministers of Jharkhand in the past. Out of them, Raghubar Das is the first chief minister to complete his full term in office. The first chief minister in the interim Assembly, Babulal Marandi, remained in office for over two years. This was followed by Arjun Munda who was the CM for another two years, till the first election in 2005. In 2005, JMM's Shibu Soren became the CM for just 10 days. This was again followed by Arjun Munda who held the office only till September 6, 2006. Madhu Koda remained in the office for nearly two years till August, 2008. Shibu Soren become the CM once again for a short stint between 2008 and 2010. Arjun Munda returned for his third stint, lasting 2 years and 4 months till January 2013. Hemant Soren assumed the CM's post from July 2013 till 2014 assembly elections, and was succeeded by Das. The state has been put under President's rule three times between 2009 and 2013.

The 'Poor' Neighbour: The state delivered an unimpressive economic growth compared to its neighbouring states. Jharkhand has grown at an average of 11 per cent since 2000. Over the past 19 years, its average GSDP growth is over 100 basis points lower than two of its neighbouring states Bihar and Odisha. Unlike its neighbours, the state's GSDP growth slipped into red in 2015-16 during the incumbent government's tenure. Moreover, in the last four years, Jharkhand posted the slowest average GSDP growth among its peers. Tax Cushion: The respite for the state, however, came in the form of tax collection which had been growing impressively over the years. Between the year 2004 and 2009, average tax collection growth was 18.4 per cent. This declined to 14.98 per cent in the next five years. But in the last five years it bounced back to 21.2 per cent. Moreover, year 2018-19 saw the maximum growth in tax collection at 38.4 per cent. 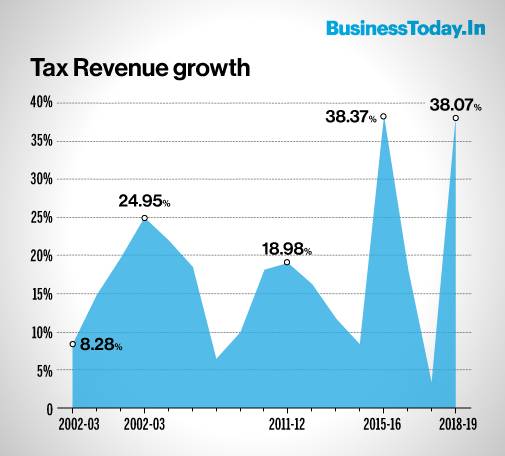 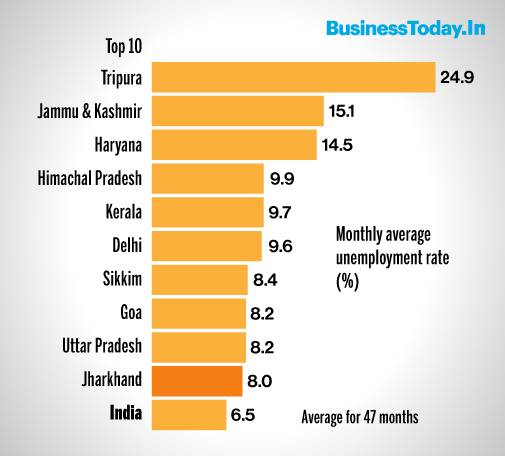 Fact Sheet: With a total geographical area of 79.70 lakh hectare and a population of 32.9 million people, as per the 2011 census, the state is famous for its rich mineral resources like Uranium, Mica, Bauxite, Granite. Forests and woodlands occupy more than 29 per cent of the state and most of the state lies on the Chotanagpur Plateau.