The injured have been rushed to the hospital. 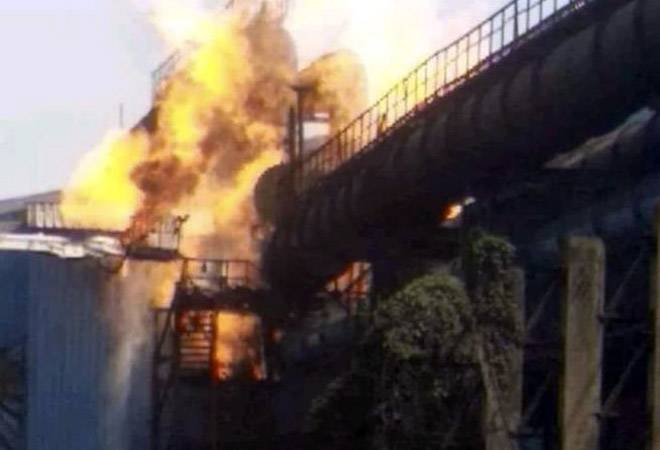 Nine people have been killed in a gas pipeline explosion at Steel Authority of India plant in Chattisgarh's Bhilai. As many as 14 have been reported to be injured and 5 are in a critical state. According to PTI, the blast occurred in a pipeline near the coke oven section of the plant, as mentioned by an official. The injured have been rushed to a local hospital and rescue teams have arrived at the spot.

In a statement SAIL said: SAIL collective stands by the families of the affected and will ensure that and no stone is left unturned in providing all kinds of support.

Located 30 km from the state capital of Raipur, the plant is operated by the state-run Steel Authority of India Limited (SAIL). As mentioned in their website, SAIL is the largest steel-making company in India. he Government of India owns about 75% of SAIL's equity and retains voting control of the cmpany.

3:05 pm: SAIL issued a statement and said, "In an unfortunate incident at around 10.30 am, today in SAIL Bhilai Steel Plant, there was a fire in gas pipe line of Coke Oven Battery Complex No 11 during a scheduled maintenance job. Some persons working at the site sustained burn injury.

Injured persons were immediately rushed to the BSP hospital for medical care and aid. Meanwhile, the fire has been controlled. So far, 9 persons have lost their lives and 14 are undergoing medical treatment. All resources have been mobilized to provide adequate care to the injured."

2:55 pm: According to reports, the excessive smoke is making it difficult for relief workers to carry on operations.

2:05 pm: Visuals from the plant have emerged.

Chhattisgarh: Visuals from outside a hospital in Bhilai; 6 people have died and 14 injured in a gas pipeline blast in Bhilai Steel Plant. pic.twitter.com/aQGFNr3LIg