The new policy proposes to revamp the Industrial Policy of 1991, and has been billed as the first major overhaul in nearly three decades. 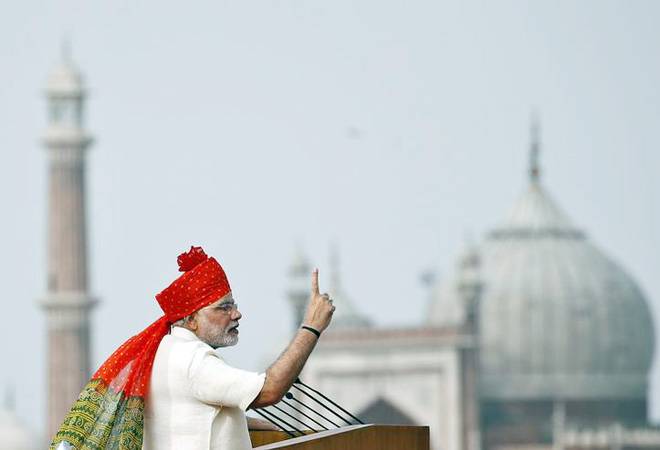 The long-awaited industrial policy, which in the words of Commerce Minister Suresh Prabhu will "make India ready for the fourth industrial revolution and beyond", is nearly ready for Cabinet approval. Citing senior officials, The Economic Times reported that the Department of Industrial Policy and Promotion (DIPP) will present the policy to the Cabinet for approval in the next two weeks.

The new policy proposes to revamp the Industrial Policy of 1991, and has been billed as the first major overhaul in nearly three decades. Prabhu has repeatedly said that the exercise is unique because it is neither driven by ideology - as was the first policy of 1956, which promoted industrialisation - nor by compulsion like the 1991 policy, formulated at a time of financial crisis.

So what's in store for the country? According to the daily, the proposed policy aims to speed up regulatory reforms, and lower power tariffs to boost manufacturing, make businesses more competitive and thereby generate employment. Rationalisation of electricity cost is part of the extensive action agenda in the proposed policy to lower the cost of doing business, including cost of capital.

"The proposed policy will be focussed on three pillars - competitiveness, sustainability and inclusion," a senior official with knowledge of deliberations on the policy told the daily. "Cost of doing business needs to come down if the industry has to become competitive."

Take India's aluminium industry, for instance. According to FICCI, the domestic industry capacity is capable of meeting 125% of the domestic consumption. Yet 53% of the total demand is met by cheaper imports. Several other industry sectors are facing challenges due to high power costs and cheaper imports from low power cost nations.

At about Rs 8 per unit, the power tariff for the industry is among the highest in the world. While this high tariff enables the government to subsidise electricity supplies to homes and farms, there is a pressing need to bring it down with a view to promote the Modi government's Make in India and Startup India initiatives.

Sources told PTI last month that the new industrial policy is likely to suggest use of Aadhaar for providing subsidised electricity to farmers and poor households. They added that Aadhaar-linked direct benefit transfer mechanism for providing subsidised power to the agriculture sector and poor households would check pilferage in power distribution, which would eventually help in rationalising cost of power for industries.

The report added that the policy further proposes establishing an overarching body with representation by the Centre and the states - similar to the Goods and Services Tax (GST) Council - to enable swift decisions on key changes such as the revamp of labour laws, taxation provisions and land leasing. This body will be chaired by the union commerce and industry minister with state industry ministers as members.

Other proposals include creating a platform for peer-to-peer lending and cash-flow lending, and a framework to encourage R&D by establishing an interface between academic institutions and businesses. Moreover, in order to catalyse innovation, it is likely to suggest a revamp of the intellectual property rights regime so that innovators have a greater say.

The final draft that the DIPP is currently brushing up has drawn on inputs from various stakeholders after it floated a first draft in August 2017. Prabhu has previously voiced that the new policy "will result in new investment coming into the industrial sector and would improve the contribution of manufacturing to GDP in a big way". Given that India's industrial sector has a 29% share in GDP at current prices, well below 44% for China, that's really the need of the hour.

It is also an alluring promise in the run-up to the 2019 Lok Sabha elections.

Oil PSUs ONGC, IOC and others made to pay for Rs 3000 crore Sardar Patel statue