Voters of Bihar have made it clear that their aspiration and priority are development alone, Modi said in a series of tweets, adding that the people's blessings for the NDA's good governance show what are the state's dreams and expectations 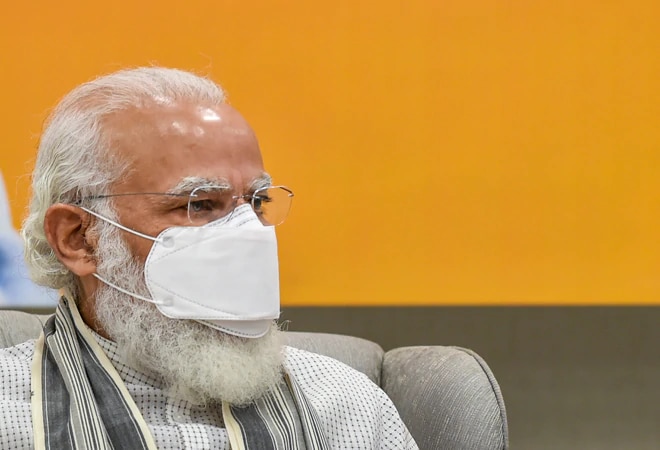 With the ruling NDA set to retain power in Bihar, Prime Minister Narendra Modi on Tuesday asserted that every section of the society has expressed its faith in the alliance's mantra of "with all, development for all, trust of all" and assured people that it will work with full dedication for balanced development of everybody and every region.

Voters of Bihar have made it clear that their aspiration and priority are development alone, Modi said in a series of tweets, adding that the people's blessings for the NDA's good governance show what are the state's dreams and expectations. Modi also said that democracy has again won in Bihar and it was amazing to see the dedication and the determination with which each member of the BJP and the NDA worked during the elections.

"I congratulate the workers and express my heartfelt gratitude to the people of Bihar," he said. He said the youth of Bihar have affirmed that the new decade will belong to the state and "aatmanirbhar Bihar" will be its roadmap. "The youth of Bihar have shown their trust in their abilities and in the NDA's resolve. This youth's energy has motivated the NDA to work harder than before," he said.

The ruling alliance has drawn support from all sections of society, including the rural region, poor, farmers, workers and traders, he said. Highlighting the higher polling share of women in the assembly elections, the prime minister said their record participation has shown how big a role they have in "aatmanirbhar Bihar".

The NDA is glad that it got a chance to infuse renewed self-confidence in the woman power, he said. Bihar gave the world its first lessons in democracy, he said in a reference to the historical republic of Vaishali, and added that the state has again shown the world as to how to strengthen democracy. "Bihar's poor, deprived and women have voted in record numbers and today have given their decisive verdict for development," Modi said.

As per the latest Election Commission figures, the NDA had won or was ahead in 124 seats, just above the majority mark of 122 for the 243-member Bihar assembly. While final results for more than 200 seats were declared, counting for the last few rounds continued till late night for the remaining seats.