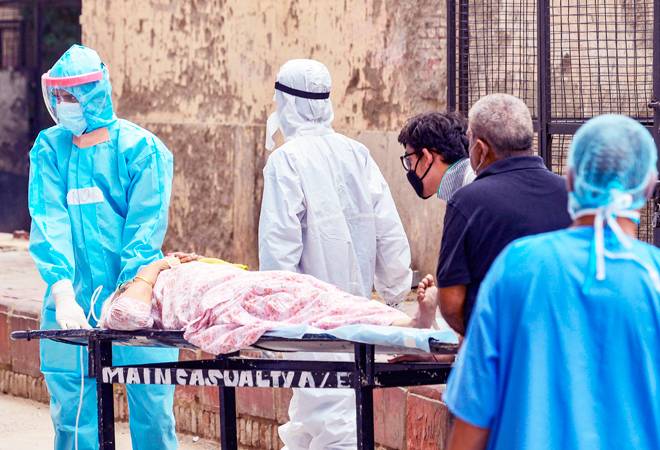 The number of COVID-19 deaths in Bihar was on Wednesday revised drastically upwards by the state health department which put the total number of fatalities caused by the pandemic at 9,429. According to the department, which had till the previous day stated the number of deaths to be under 5,500, as many as 3,951 deaths have been added to the number of deaths after verification.

However, it was not specified as to when these additional deaths took place though a breakup was provided for all 38 districts. Going by the fresh figures, the number of lives lost in the second wave is close to 8,000 and a nearly six times increase in the deaths since April.

Patna district bore the brunt of the outbreak, accounting for a total of 2,303 deaths. Muzaffarpur was a distant second with 609 fatalities. Patna also accounted for the highest number of 1,070 "additional deaths reported after verification", followed by Begusarai (316), Muzaffarpur (314), East Champaran (391), and Chief Minister Nitish Kumars native Nalanda (222).

Altogether 7,15,179 people have been infected in the state so far of whom more than five lakhs caught the contagion in the last couple of months. The health department has also revised the number of recovered persons from 7,01,234 on the previous day to 6,98,397.

The recovery rate, which was 98.70 per cent on the previous day, has also come down to 97.65 per cent following the revision in statistics which could provide fresh ammunition to the opposition, which has been alleging that the government was fudging figures to hide its failure in handling the pandemic.

Nonetheless, the state seemed to be doing well after more than a month of lockdown as, according to the health department, only 20 deaths and 589 fresh cases were reported on the day. At present, there are 7,353 active coronavirus cases in the state.

The situation could improve further with the recent wave on the wane and vaccination drive picking up. More than 1.21 lakh people got their jabs during the day taking the total number, so far, to 1.14 crore.

'Nowhere near such a scenario': Ex-RBI Gov Subbarao says printing money should be last option

'Open to Flipkart IPO, but no specific timeline yet,' says Walmart