Abolishing income tax and other levies and replacing them with some other suitable form of revenue is feasible and desirable, say experts, although some believe that such a move would militate against social equity. 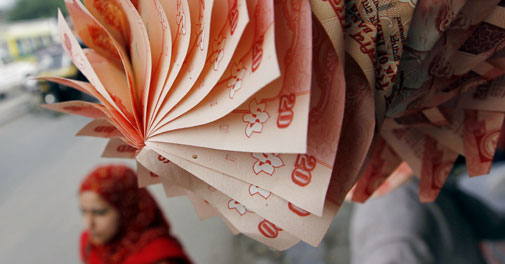 Abolishing income tax and other levies and replacing them with some other suitable form of revenue is feasible and desirable, say experts, although some believe that such a move would militate against social equity.

Describing the concept as "aspirational", Ficci President Sidharth Birla said: "If the steps proposed enhance revenue by broadening and broad basing the tax payer base and help improve transparency of regulatory framework, we will tend to welcome these aspects."

The radical proposal, which is being talked about by the Bharatiya Janata Party (BJP), relates to abolition of all direct and indirect taxes for individuals as well as corporates in favour of a nominal banking transaction tax.

The proposal, Birla said, would involve hard arithmetic as the revenue losses would have to be recovered from other sources while stressing that India needs a stable, equitable and a friendly tax regime.

President of industry body PHDCCI Sharad Jaipuria said: "The personal income tax should be reduced or abolished with alternate sources. I believe, government has the potential to generate revenue from other sources which are unexplored yet".

While pointing out implementation of the tax proposal is within the realm of possibility, some experts also opined that it has the potential to deal with menace of blackmoney.

"...it may reduce corruption and collusion with the Government agencies. It may remove the tax burden from individual as well as corporate taxpayers. The taxpayers will also not indulge into practices like falsification of accounts, money laundering and other illegal ways of tax evasion," said Girish Vanvari, Co-Head of Tax, KPMG in India.

He said, however, that a comprehensive and holistic analysis is required before going for such a drastic reform.

Another leading global tax consultant PwC India, however, expressed apprehensions saying that abolition of income tax would be against the progressive system of revenue collection.


"It is unlikely that we can completely dispense with the collection of personal income tax and at the same time maintain the progressive tax system to meet the revenue requirements," said Rahul Garg, Leader Direct Tax, PwC India.

Sudhir Kapadia of EY, a global tax consultancy firm, said it is feasible to abolish the personal income tax, but the question is whether it is desirable.

"There is indeed a case for tax reform that brings in simplification and rationalisation in the tax system by eliminating unwanted distortions and multiplicity of taxes.

However, abolishing the taxes and replacing them with alternatives like the banking transaction tax would need to be examined more deeply to fully understand its impact," he said.

Industry body Assocham, however opposed the proposal saying that replacing income tax with expenditure or banking transaction tax will be anti-poor.

"Instead of coming out with new and impractical solutions, the political parties should try and forge consensus on the long pending GST which is rightly billed to be the most important reform measure," said Assocham Secretary General D S Rawat.

A senior BJP leader said, however, that it was one of the many proposals currently on table for preparation of the party's Vision-2025 document, and a final decision would be taken only after taking into accounts suggestions from various quarters on Arthkranti's proposals.

The party expects to take a final decision before the general elections, he said.

The proposal has been submitted to BJP's Vision 2025 committee, headed by former party president Nitin Gadkari.

This committee is working on reforms in five broad categories-judiciary, education, police, administration and tax.

Traditional forms of healing in vogue once again