Black money: No valid reason given for not revealing names, says Subramanian Swamy

Although there is a secrecy clause in the DTAA which was preventing the government from disclosing the names, the hurdle could be overcome, Subramanian Swamy said. 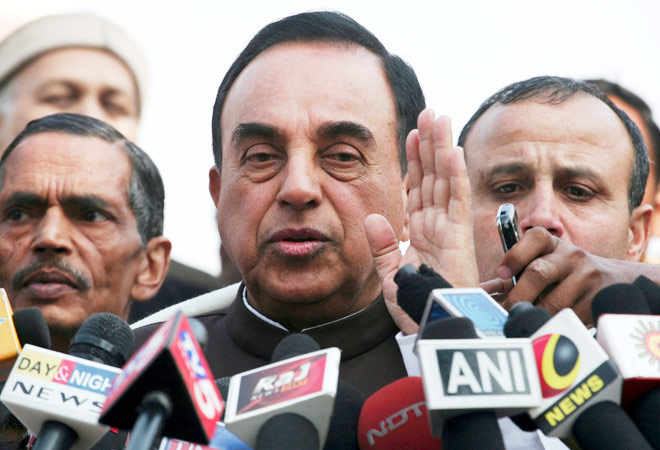 BJP leader Subramanian Swamy on Saturday said the Central Government was not giving a valid reason in not revealing names of the accounts of Indians held in foreign banks.

"The government is saying that the Double Tax Avoidance Agreement (DTAA) which India had signed with other countries prevented it from revealing the names of the foreign account holders, which is not a valid reason", Swamy told reporters on the sidelines of an event in Kolkata.

Although there is a secrecy clause in the DTAA which was preventing the government from disclosing the names, the hurdle could be overcome, he said.

Swamy said when Pranab Mukherjee was the Finance Minister before becoming President, he had written to German government for disclosure of names under the DTAA for accounts held in Liechtenstein.

Swamy said that he has written to Prime Minister Narendra Modi that the argument forwarded by Finance Minister Arun Jaitley was not correct.

When pointed out that when BJP was in the Opposition, the party had criticised the Congress-led UPA for citing DTAA as the sole reason for the government not being able to disclose the names and the present dispensation was doing the same now, Swamy said that "it is the BJP which had formed the SIT soon after coming to power".

"Why did not the Congress form it despite the Supreme Court giving directions in 2011", he asked.

"The black money stashed abroad should be brought back to India and we will do that", he asserted.