BMC to monitor over 1,500 UK returnees for new coronavirus strain

New COVID-19 strain: Of the 1,206 individuals who landed in Mumbai, at least 788 have been quarantined in Mumbai, while the rest have been sent to other states, says BMC official 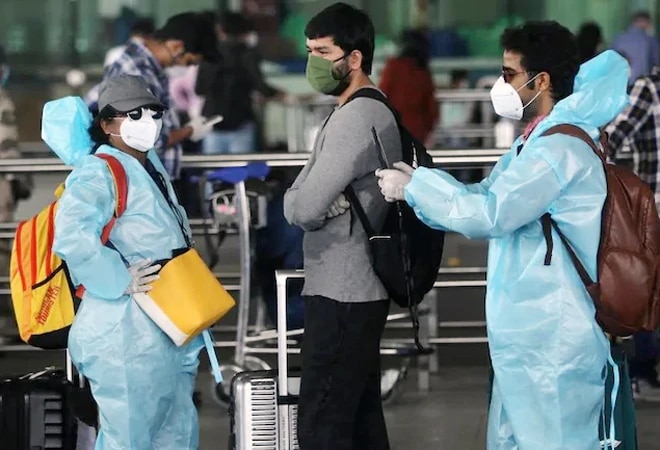 BMC to monitor over 1,500 people who arrived in Mumbai from UK between November 25 and December 22

The Brihanmumbai Municipal Corporation is monitoring over 1,500 people who arrived in Mumbai from the United Kingdom between November 25 and December 22 in wake of the new strain of COVID-19 found in Britain. The civic body has increased vigilance to contain the spread of mutant coronavirus strain, which can spread faster.

The BMC has prepared a list of the residential locations of the UK returnees and divided them as per their local administrative wards. Of the 1,206 individuals who landed in Mumbai, at least 788 have been quarantined in Mumbai, while the rest have been sent to other states, a BMC official told news agency PTI. Besides, 32 passengers were exempted from the mandatory institutional quarantine.

As per the official, as many as 14 flights from Europe, Middle-East landed on Thursday.

The civil aviation ministry had on Tuesday announced the suspension of all UK flights from December 23 to December 31.

Meanwhile,  the central government has issued a stringent set of standard operating procedures (SOPs) making RT-PCR tests mandatory at airports for passengers from the UK, and quarantine in a separate unit of an institutional facility for positive cases.

The SOP says those travelling from or transiting through the UK in the past four weeks starting from November 25 to December 23 must declare their travel history of the past 14 days as well as fill up a self-declaration form.