Contrary to popular belief, it was the Government which had "advised" the Reserve Bank to junk Rs 500/1000 notes on November 7 and the board of the central bank the very next day recommended the demonetisation. 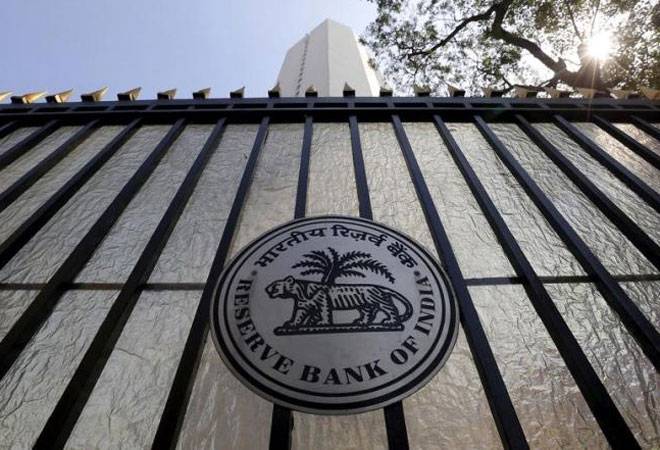 Contrary to popular belief, it was the Government which had "advised" the Reserve Bank to junk Rs 500/1000 notes on November 7 and the board of the central bank the very next day recommended the demonetisation.

In a 7-page note to the Parliament's Department-Related Committee of Finance headed by Congress leader M Veerappa Moily, the RBI stated that the Government had on November 7, 2016 "advised the Reserve Bank that to mitigate the triple problems of counterfeiting, terrorist financing and black money, the Central Board of the Reserve Bank may consider withdrawal of the legal tender status of the notes in high denominations of Rs 500 and Rs 1,000."

The RBI's Central Board met the very next day to "consider the Government's advice," and after "deliberations," decided to "recommend to Central Government that the legal tender status of the banknotes in the high denominations of Rs 500 and Rs 1000 be withdrawn."

Union Cabinet headed by Prime Minister Narendra Modi met within hours of that recommendation on November 8 and banned circulation of old 500 and 1000 rupee notes.

Some ministers have thus far maintained that the government had only acted on RBI recommendation of demonetisation.

In the note to the panel, RBI said it had been in the last few years working on introduction of new series of banknotes with improved security features to secure them against counterfeiting.

In parallel, the government had been taking steps to curb black money and combat terrorism.

"There were reports by intelligence and enforcement agencies that availability of high denomination banknotes made it easier for black money hoarders and counterfeited notes in high denominations were being used for terrorist financing," RBI said.

"It occurred to Government of India and the Reserve Bank that the introduction of new series of notes could provide a very rare and profound opportunity to tackle all the three problems of counterfeiting, terrorist financing and black money by demonetising the banknotes in high denominations of Rs 500 and Rs 1000 or by withdrawing legal tender status of such banknotes...

"Though no firm decision was taken initially, whether to demonetise or not, preparations still went on for introduction of new series notes, as that was needed in any case," the note said.

The central bank said it had as early as October 7, 2014 suggested to the government the need for introduction of 5,000 and 10,000 rupee notes, keeping in mind the inflation and the need for "facilitating payments and managing the currency logistics".

RBI further said that it recommended to the government on May 27, 2016 that new series of bank notes with new designs, sizes, colors and themes including notes in the new INR 2, 000 denomination be introduced.

"Government gave their final approval on June 7, 2016 and accordingly, the presses were advised in June 2016 to initiate production of new series notes.

"Since any new design notes or new denomination will catch the fancy of the public, it was decided that enough large quantities of INR notes of 2,000 will be printed so that across the country such new notes can be issued simultaneously," it said.

Stating that when the stock of new notes printed was reaching a critical minimum, the decision to withdraw the legal tender could be made, RBI said the government, in its November 7 advice, mentioned that "cash has been a facilitator of black money since transactions made in cash do not leave any audit trail."

"Elimination of black money will eliminate the long shadow of the ghost economy and will be positive for India's growth outlook. They also observed that in the last 5 years, there has been an increase in the circulation of Rs 500 and Rs 1000 notes with an increasing incidence of counterfeiting of these notes," the Parliamentary panel was told.

"There have been widespread reports of the usage of FICN (Fake Indian Currency Note) for financing of terrorism and drug financing. The Fake Indian Currency Notes have their origin in neighboring country and pose a grievous threat to the security and integrity of the country. Hence the government has recommended that the withdrawal of the legal tender character" of 500 and 1000 rupee notes, it said.

In recommending demonetisation, the RBI board "observed that such a proposal could not have come at a more opportune time than coinciding with the introduction of the MG (New) series of notes. With these, the existing banknotes can be summarily withdrawn, and the new design notes with more counterfeit resistance features be introduced."

RBI said it might not have been immediately possible to replace these notes fully in terms of both value and volume on one to one basis, within a specific time.

"However, the stock of INR 2000 denomination were arriving in RBI offices and were being dispatched to currency chests across the country and that could enable meeting a significant critical portion of the physical demand there from in value terms.

"Besides, electronic means of transaction were expected to take another part of the transaction load hitherto met from physical currency. Further, the available stock of other denominations at RBI and currency chests would also help meet demand," it said.