The fear among the industry people has been growing as they feel if the situation does not improve there would be calls to ban Indian films eventually. 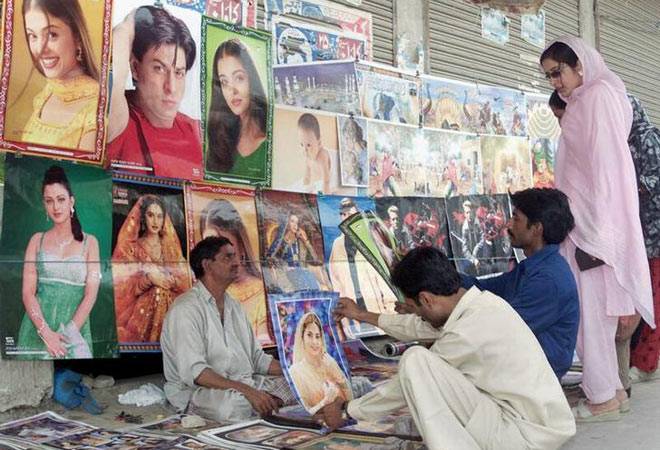 Pakistan's film industry fears it may suffer a 70 per cent business loss if Indo-Pak ties worsen and Bollywood films are banned in the country.

The fear among the industry people has been growing as they feel if the situation does not improve there would be calls to ban Indian films eventually.

"I don't want to sound pessimistic but the truth is there has only been a boom in the cinema industry in Pakistan in the last few years because of the release of latest Bollywood and Hollywood films," said Nadeem Mandviwalla, a know exhibitor, distributor and owner of the Atrium chain of cineplexes.

ALSO READ:Boost for Modi govt from WEF, India 16 slots up on Competitiveness Index

"I just hope the ties don't remain tense on long-term basis. Even if there is a temporary ban we can survive but if there is any permanent ban you can expect lot of cinema houses and multiplexes to close down," he said.

Omair Alavi, a popular film critic, said that due to the increase in cinema screens and revenues there had also been a resurgence of the Pakistani film industry.

"We have seen number of Pakistani films release and do well and others are also lined up for release. But for a cinema industry to survive you need to produce at least 50 to 60 films in a year which we are not doing at present."

Mandviwalla said 70 per cent of the business comes from Bollywood and Hollywood.

"There is no alternative. If the ties worsen, it is going to affect everyone," he said.

He, however, said that previously when Indian films were banned in Pakistan, business flourished underground with the sale of pirated DVDs and other such materials.

"Now you have cable operators as well but I think if there is any ban it will also affect their programming," he said.

Saleem Khan, who has been in the business for years, thinks there would not be a ban but if this happenes cinema owners might have to completely wrap up their business or shut a few screens to cut costs.

"We don't produce enough films to sustain ourselves throughout the year. We need to produce at least over 50 films annually," Khan said.

Former Sindh Board of Film Censors chairman Fakhr-e-Alam said any such ban would result in "going back to the days where our screens were shut down and converted into shopping malls or apartments because there weren't enough movies."

Alam feels there is only one hope for industry people in case of a ban on Bollywood films and that is the Pakistan government must provide funds for production of films.

Cinepax Cinemas Assistant Marketing Manager Abid Ali Zaidi said if there was a "temporary" ban the cinema chains would manage for a while by screening old Pakistani films.

"We are already planning to do that from October as an alternative," Zaidi said.

Since Indian films were allowed to be imported and screened the cinema industry business has picked up rapidly in Pakistan with some Bollywood blockbusters even grossing the 100-crore rupees mark in Pakistan.