In many sectors like electronics including smartphones, pharmaceuticals, renewable energy and automobiles, Indian industries remain heavily reliant on imports from China that cannot be substituted either by local production or from any other source overnight 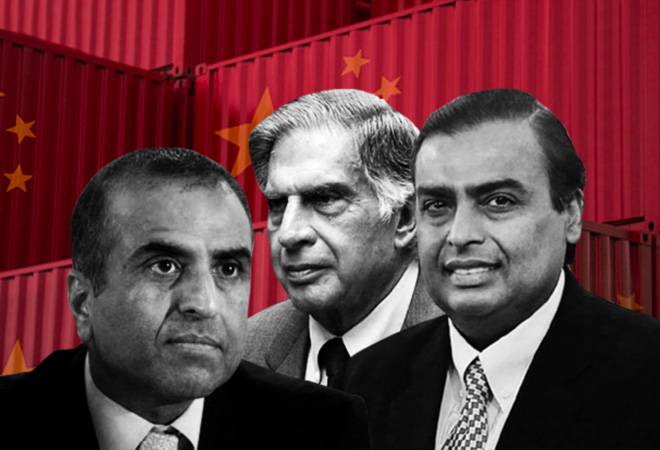 CAIT has been at the forefront of an anti Chinese products campaign in India following the spread of coronavirus that originated in Wuhan province in China and has ravaged global economy including India. The heightened tensions between the two countries in the Galwan province in Ladakh over the last two months that reached a flashpoint on the night of July15 with the martyrdom of 20 Indian soldiers has further exacerbated matters.

"We believe that the people of India consider you as a successful entrepreneur and one of the captains of Indian Industry and as such we feel pleased to invite you as a valued partner and wish to make a humble request to you to wholeheartedly participate in the campaign and lend your complete support in this mass movement which has the making of a game changing initiative that has the potential to reshape India's journey as a global superpower by reducing China's dominance," says Praveen Khandelwal, secretary general, CAIT, in the letter to the industrialists.

"There are various ways in which your organisation can participate in this movement. You and your organisation has always stood firmly in solidarity and support of the nation and this could be a great opportunity for you to show that nothing comes before nation and your support and initiative will surely encourage other industrialists of the country to follow you in order to make India a 'self-dependent Bharat'."

CAIT has said that India imports four categories of products from China i.e. finished goods, raw material, spare parts for assembly of goods in India and technology driven products, and the organisation has decided to boycott Chinese Goods in a phased manner. For the first phase it has earmarked  "finished goods" from an identified list of about 450 broad categories of products which nearly has more than 3,000 products and those products are already being manufactured in India. In all, the campaign aims to reduce imports from across the border worth Rs 100,000 crore ($13.3 billion) by December 2021. India imported goods worth $65.26 billion in 2019-20 from China.

There is a clear lack of consensus within India Inc on whether shunning Chinese products is the correct strategy. In many sectors like electronics including smartphones, pharmaceuticals, renewable energy and automobiles, Indian industries remain heavily reliant on imports from China that cannot be substituted either by local production or from any other source overnight.

"There are components we have been sourcing from China for a long time. This is not just for us but pretty much for the entire industry," said Rajiv Bajaj, managing director, Bajaj Auto ltd. "We have friends who are suppliers in China, who have invested a lot of time, effort and money in supplying us very reliably for years, maybe for the last 15 years if not longer. How do we suddenly let them down even if we could? Is that ethical, is that what we would like to stand for either as a company or as a country? We have to ask ourselves that," he said.

Incidentally, CAIT's letter is addressed to Rajiv's father and patriarch of Bajaj Group, Rahul Bajaj and not to him. But Rajiv Bajaj is not alone. India's largest carmaker Maruti Suzuki India Ltd has also said stopping all imports from China is not prudent.

"The import from China takes place only because they are necessary for manufacturing vehicles. The components which come in from China, generally go into the supplies from the vendors - the various assembly and component which come from the vendors, they incorporate most of the Chinese imports," R C Bhargava, chairman of MSIL was quoted in the media recently. "It is not easy for these vendors to find alternative sources or develop alternative sources. It takes a lot of time. What is more important is it will take a lot of cost penalty on the side of the vendors which ultimately means a cost penalty to the consumer".

There are counter views as well. Pawan Goenka, the managing director of M&M, believes it is possible to reduce dependence on imports of components and tooling in the automotive sector by half in the next 3 years.

"How to promote make in India? Like they say charity begins at home. Can all OEMs and Tier I suppliers pledge to reduce component and tooling imports by half, in 3 years. That will be 75,000 crores more manufacturing value addition," he tweeted last Monday.

China is India's second largest trading partner with bilateral trade of over $81.86 billion in 2019-20. It accounts for 27 percent of the $17.5 billion overall import of automotive components in India every year.