Prime Minister Narendra Modi during his keynote address at the WEF 2018 yesterday delivered a strong message to the world by calling for unity against protectionism and invited global companies to invest in India. 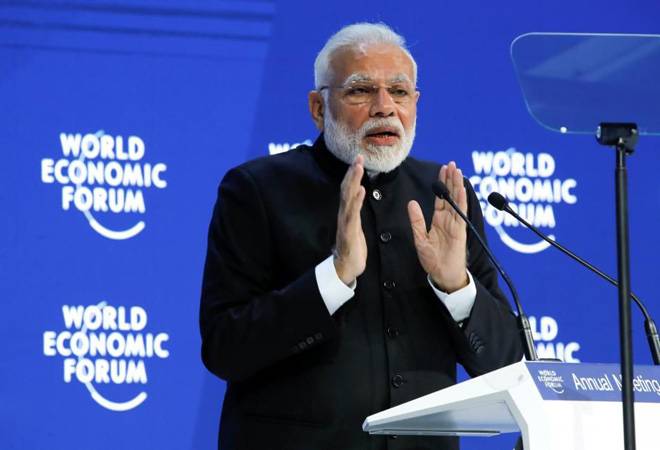 India has opened a new door of FDI, says PM Modi at Davos

Prime Minister Narendra Modi during his keynote address at the WEF 2018 yesterday delivered a strong message to the world by calling for unity against protectionism and invited global companies to invest in India. He said due to the structural reforms carried out by the current government, India has opened a "new door of the FDI". He assured the CEOs and the leaders of world powers that India was ready to take on any challenges like protectionism and terrorism.

The World Economic Forum was perhaps the biggest platform for Prime Minister Narendra Modi to pitch the country as a global investment destination and tell the world that India means business. And, he didn't disappoint. Uday Kotak, Managing Director, Kotak Mahindra Bank, said the Prime Minster was able to strike all right chords in his opening address. "PM Modi has taken leadership in the whole area of what is the World Economic Forum (WEF). It was all about environment, call for inclusiveness, and anti-protectionism. So in essence he hit all the right buttons," he said. "It was a powerful message. This was team India's moment at Davos. And the Indian captain hit not one but many sixes," said Ajay Singh, CEO, SpiceJet

Canada's prime minister, Justin Trudeau in his keynote address stressed on the importance of progressive values in the context of globalisation. He spoke about a fundamental shift that every leader at the WEF could act on immediately. "I'm talking about hiring, promoting, and retaining more women. And not just because it's the right thing to do, or the nice thing to do, but because it's the smart thing to do," he stated.

The Co-Chairs of Davos discussed the theme of this year's meeting in Davos - Creating a Shared Future in a Fractured World. It's the first time that the Forum's Annual Meeting has featured an all-female panel of co-chairs. Chetna Sinha, Founder and Chair of the Mann Deshi Foundation called for financial access for everyone. She announced an alternative investment fund for female entrepreneurs, worth 100 million rupees.

Shah Rukh Khan shares his insight and ideas at the WEF

In his session, Bollywood icon Shahrukh Khan told Tania Bryer that this was the first award he had received as a result of the work of others - in this case, the acid attack victims with whom he works with his charity, the Meer Foundation. More than 80% of acid attack victims in India are women. Khan spoke at length about how he got involved in this work. "A women is not allowed in a society to assert her choice..there are different ways and methods and levels of brutalization that men go to so that women don't asset their choice and this is the most brutal," he explained during his session.