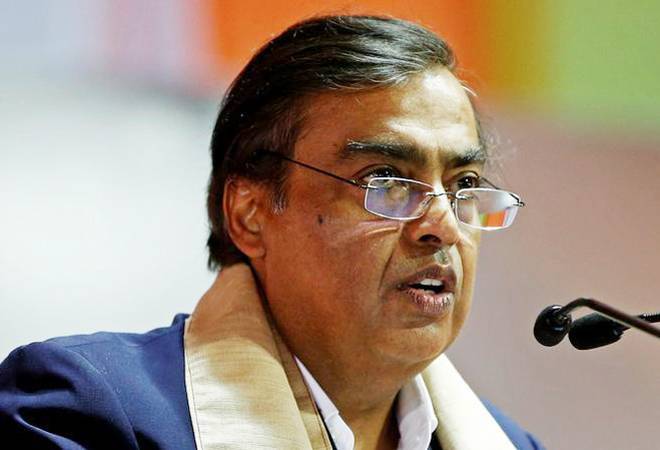 Reliance Industries Chairman Mukesh Ambani lavished praise on the West Bengal Chief Minister Mamata Banerjee, unveiling an ambitious plan for his telecom company Reliance Jio in the eastern state. He hopes that Jio will reach 100 per cent of West Bengal's population by December 2018. RIL Chairman also committed investments to the tune of Rs 5,000 crore in the state for non-Jio businesses in the next three years. The investment will be in businesses such as petroleum and retail. Ambani was speaking at the Global Business Summit in Kolkata yesterday

Patanjali ties up with 8 leading e-tailers

Yoga guru Baba Ramdev's company will be signing agreements with eight leading e-tailers and aggregators - Amazon, Flipkart, Paytm Mall, 1MG, Bigbasket, Grofers, Shopclues and Snapdeal. The brand already reaches nearly 53% households in personal care and 26% in food products - up nearly 100% from a year ago - online shoppers have often been left disappointed with various products being "out of stock". All this will change with the new online partners coming on board. Ramdev has also said that Patanjali Ayurved Ltd will be turned into a non-profit entity and will not be listed on the stock exchanges.

India's import of unrefined gold rose in 2017 by 80 per cent from the previous year to 213 tonnes. This has been the highest ever according to  GFMS Thomson Reuters. Unrefined gold import began six years earlier, after a rise in the import duty on gold. Half the new capacities were built in states which announced excise tax exemptions like Uttarakhand and Himachal. GFMS data shows much of the total import in 2017 happened three to four months ahead of implementation of the Goods and Services Tax (GST), which was expected to take away state-specific excise exemptions.

Bitcoin faced the biggest one-day fall in three years with 18 per cent drop in selloffs across the market amid reports of the South Korean government launching a series of measures to regulate the cryptocurrency. Bitcoin's competitor cryptocurrencies like Ethereum and Ripple also tumbled 23 per cent and 33 per cent, respectively. Reuters reported the Bitcoin took the dip after South Korea's Finance Minister Kim Dong-yong said his government was planning to clamp down on the "irrational" virtual currency.

Government's anti-profiteering body, set up to monitor whether or not firms were passing on benefits of the goods and services tax (GST) to consumers, has sent a notice to HUL. The notice to HUL is the sixth such notice issued by the Directorate General of Safeguards. The development comes even as  fast-moving consumer goods (FMCG) and information technology (IT) sectors have decided to  move the high courts in Delhi and Mumbai seeking more clarity on the clause under the GST.

Minority affairs minister Mukhtar Abbas Naqvi said that there will be no Haj subsidy from this year. The minister added that the funds will now be used for educational empowerment of women and girls from the minority community.  Naqvi told reporters that despite this withdrawal, a record number of 1.75 lakh Muslims will undertake the pilgrimage from India this year. Naqvi had said a while back that Centre would abolish this subsidy in accordance to a Supreme Court order.  The Centre had formed a six-member committee to look into the issue of reducing and abolishing the subsidy by 2022.