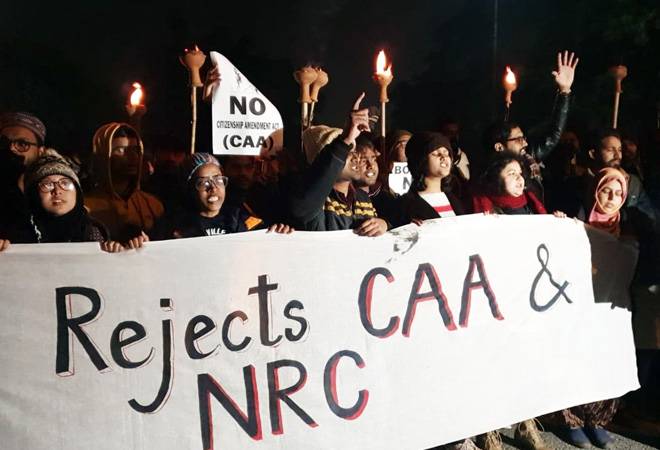 A Norwegian woman on holiday in India's southern state of Kerala has been told to leave the country after she joined a protest against Prime Minister Narendra Modi's new citizenship law, authorities said on Friday. At least 25 people have been killed in protests across the country since the law, seen by critics as discriminatory towards Muslims, was adopted on Dec. 11.

A German exchange student was told to leave the country this week after taking part in two rallies against the law. "The Norwegian lady has participated in a protest in violation of her visa condition," said Anoop Krishna, the Foreigners' Regional Registration Officer at Kochi airport. "She has been asked to leave the country as early as possible. The tourist visa on which she visited the country does not allow participation in any protests."

The tourist, Janne-Mette Johansson, 71, declined to comment to Reuters. There was no immediate response to a request for comment from India's Ministry of Home Affairs and the Norwegian Embassy in New Delhi. Johansson posted on her Facebook page about a Dec. 23 protest in Kochi. "No riots, just people determined ... lifting up their voices, saying what has to be said," she wrote alongside pictures of the march, including one of her brandishing a sign.

Johansson told the Times of India said she had first asked police if she could take part. "I was given a verbal assurance that I could," she told the newspaper.

Opposition politicians decried the two expulsions. "India's image as a tolerant democracy is taking a hit internationally due to the knee jerk reactions of PM #Modi & @AmitShah!" tweeted Shama Mohamed, a Congress party spokeswoman, in reference to the prime minister and home minister.

The new law makes it easier for minorities from India's Muslim-majority neighbours - Afghanistan, Bangladesh and Pakistan - who settled in India before 2015 to get citizenship. Critics say the exclusion of Muslims is discriminatory and that the award of citizenship based on religion violates India's secular constitution.

Also read: Anti-CAA Protests: Internet services down in 14 districts in UP amidst agitations